Princess Scooterpie threw down the gauntlet about a week ago.  Her challenge was simple; yet for a guy like me...it would be something I would totally over think.   I am still a new rider so I'm defining local as something that I might actually be capable of doing today with my skill level.


America is a big place.  I would love to see the Grand Canyon, have lunch at the Little A'Le'Inn cafe, or try to unravel the mysteries of the Worlds largest ball of yarn.  Well...maybe not the last thing.

It be very easy to list some things...problem is, am I capable of doing them today?

So I changed her rules slightly and defined local as "places that I would likely ride to with my current level of experience and ability."  My top five then narrowed quite a bit, and are in somewhat of an order. 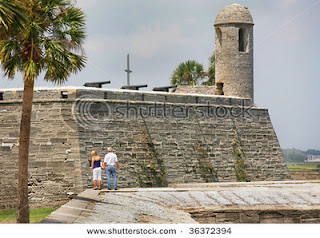 St. Augustine - Not only is this one of the oldest cities in America, but getting there is a combination of different riding experiences, from the modern four lane super highway to the two lane blacktop through one of central Florida's many swamps and the Historic US-1. Roughly 158 miles in a little bit over 3 hours its completely doable in a one day trip.
St. Augustine is over 500 years old and for a history buff like me to be so close it seems like a shame not to visit.  Plus I love to body surf, and the Atlantic side of Florida gets much better body surfing waves than the Gulf of Mexico side where I live currently. 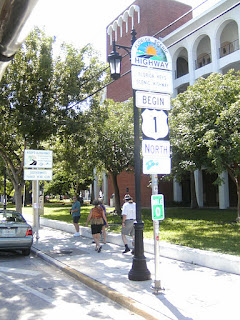 Key West - I was in Key West nearly two years ago and would love to get back.  I was on a cruise and didn't feel there was enough time to explore this remarkable city.  I toured the Hemingway house, had a overpriced drink in Margaritaville and went into their lighthouse, then back to the boat.  I have wanted to get back since to explore some more.
There is ferry service to the Keys from Tampa which would leave more time for exploring the island but at this time, I don't believe you can take the bike on the ferry.  Either way it's a trip worth making.  I would take a week's vacation if I were to do this and enjoy the ride.
Unlike the above however, this is not an easy trip to make.  There really is no direct route to the Keys from where I live.  It's about eight hours and 395 miles away.  It's through some of the most beautiful countryside in central and southern Florida as you cruise past Lake Okeechobee and through the Everglades National Park.  US-1 stretches out over the open water and invites you to rest your tired bones in the warm waters of the Gulf.  The island itself is famed for its scooter friendly streets, sunsets, beaches and laid back attitude.  It's been a destination for bikers for years. 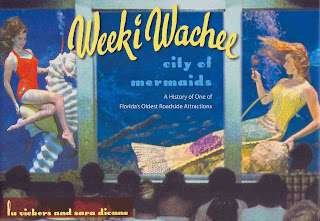 Weeki Wachee, Florida - The city of mermaids.   Okay, I admit watching women do a synchronized dance number under water in a natural spring is a bit silly.  But it's that "old time Florida" experience I seek by going there.  They also have a State park, a amusement and water park with water ski shows and other "old time family entertainment."  In the world of HDTV, Smart phones and in a state ruled by a giant rodent, there is something to be said for the simplicity of a girl in a fish outfit.
Part of the charm of going there for me is the quickness of the trip.  From my home it would take about an hour and would be under 100 miles round trip.  Plus there are a variety of routes, each of them on back country roads.

The last two trips are a bit harder for me to define.  They don't really meet my definition of local.  Nor do I believe I'm capable of such a trip right now.

New Orleans is of course, the Big Easy.  Famed city of vice and virtue, of jazz and food, of history and mystery.  As a "foodie", a self described music geek and history nerd this seems like a no brainier.  A little over 600 miles or 10 hours away it would be a weeks vacation by bike.   Much like Key West I feel it's possible for me to do, just not very likely.

Finally, the last "local" trip is again not at all local.  Unlike every other trip mentioned so far this one is all highway but the destination means a lot to me.  Roughly eight hours and 415 miles away lies Charleston, SC.  I am not sure if there is such a thing as destiny or reincarnation, but Charleston has always felt like home to me.  There is a spirit in the air there that just makes me want to relax on the veranda with a mint julep and call everyone "Honey."


The final part of the challenge is not really that hard for me either.   I love Asia.  I was in Central Asia several years ago and my first wife (who by the way I still have nothing nice to say about even after all these years) was originally from that part of the world.  To ride my bike on the Great Wall?  On the Silk road?  Oh yea, I am so there.
Posted by The City Mouse in the Country at 10:44 AM

Nice articles. I'm just blogwalking and very happy to stop here. And also give you some comment and following your blog here.

Dont forget to give us some your comment into my blog and following me back too.

Robert - thank you for taking up the challenge! I wanted to keep it local for me because of being a new rider I think I need to gain more experience travelling longer distances and getting 'comfortable' riding on the highway. For some reason at this point going far from home seems a little daunting to me. I love to hop on my scooter or my bike and just go for moto rambles and could ride for hours. It is fun thinking of the places you want to go in your own country and then to broaden your horizons. For me being on the West Coast it is only logical that at some point I will be venturing down through Washington State, Oregon and then into California.

You have some very pretty places to ride where you live and I look forward to seeing your pictures of your adventures!

I bought a 50 cc scoot back in January of this year and have put 5,000 kilometres on it and probably about 2,000 on my motorcycle since I got her in September which spurred me onto taking a 2 weekend novice motorcycle course and a follow-up weekend traffic safety course. It gave me a very good footing and a better understanding of scootering and motorcycling. .

I have been reading your blog and like you, I had some of the very same questions and concerns as a new rider. If there is anything I have definitely learned in the last 11 months is that wearing All The Gear All The Time (ATGATT) is my credo. I have also learned that buying cheap gear doesn't save you money in the end, it leaks and you spend more money on trying to be waterproof and you could have paid the extra bucks up front and been dry from the get go. I also ride within my abilities and realize there will be times that as a rider you are compromised no matter what the amount of safety precautions or ride training you have had, so you need to expect the unexpected.

I hope you have many great adventures and rides in the coming year! I know your 2 wheeled bliss . Keep the shiny side up!

PS I am going to add you to my blog roll.

Thank you for the kind words. I'm learning as I go and have to admit that I'm surprised by how quickly this has become part of my life. I've added your blog to my links page as well and the second I figure out how to do that little sidebar thing I'll have it there too. :)

Go under design and add a widget, it is in the list of things you can add. Blogging was almost as big of a challenge to me as scootering/motorcycling!