December is a time when you supposed to look back, think about the mistakes you've made and the injuries you may have caused to those you love and ask for forgiveness. You promise yourself your going to do better.  To be a better person and move on with your life.

I am looking forward.  Forward to the future of me on the Burgie.  Forward to where the girlfriend feels confident enough to climb onto the back, wrap her arms about me and whisper into my ear..."Lets go."

I am looking forward to longer trips, out to the shore to get some shots of the ocean and sunsets.  Out to the other coast of Florida where a old friend of mine will be moving.  Perhaps even an overnight ride up to Charleston, SC where I have several old friends I've not seen in years. 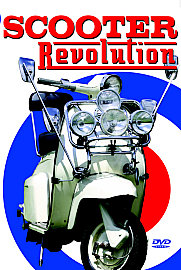 Looking forward to seeing even more scooters and bikes on the road.   I'm not a futurist.  I can not point to any research and say "This will happen."  I can only point to what I know, to what I see happening.  Their will be a "Scooter Revolution" in this country eventually.

Partially because of the costs involved.  Gas is continuing to raise, and although it has seemed to stabilized for now...it will go up again.  I know enough about economics to know that the job market is not going to bounce back anytime soon, we are looking at high unemployment and other issues for at least the next 10 years.

This is going to force people to look for alternative methods of transportation.   We are seeing it already as scooter sales were up 50% in the first quarter of 2011.  Although I think most people didn't think it through and only bought scooters based on fuel economy and did not consider things like speed, safety and the distance they needed to travel back and forth to work (which are all reasons I upgraded from 125cc to 400cc).

Scooter sales dropped a bit as the year went on but even in the 3rd quarter of last year they were overall positive.

Motorcycle sales however dropped.   Perhaps due to the fact that Americans don't like standard shifts, I drive a standard shift normally in my car...and found switching to the motorcycle to be a bit confusing.  Also limiting I think was the power involved.   When I started looking about the smallest engine I found was 650cc.  While I was okay with that, I wondered why a lot of cycles were in the higher cc range.   I know that speed brings stability, but did we need 1200cc to do that?

So the marketer and researcher in me looks for answers, solutions...and wonders what does the future hold.

So what does this mean.   It means that the 2 wheeled market is set to expand.  If the companies involved play their cards right.   I think BMW actually is thinking about this.   Their new Concept C scooter offers a lot in a little package, and is designed to really appeal to lots of people. 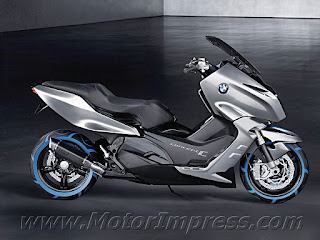 Here you have an automatic transmission, a powerhouse capable of highway speeds, a damn sexy almost sport bike look, and although I've not seen any specs for storage and other things...I'm sure it's there as well.  The crappy windshield however will need to go.

I have to be honest, I want this bike.

Automatics may make a dent in the marketplace if American cycle culture is willing to accept some harsh reality.  Smaller engines, better suspensions, more storage is the wave of the future.  The so called Maxi-scooters are leading the way.

Ridley had a nice run for several years but may have entered the market to early, they have stopped production and it will be interesting to see if they reenter the market in the near future.

Honda has a few things up it's sleeve and introduced a automatic transmission in 2009, however the bike was priced at 15K and in a down economy did not sell well.  Even the mighty Harley Davidson has toyed with the idea in the past.  I see this idea being explored more in the future.

For now though we will put these idea's aside, and explore them more in part 2 of this series.  Hopefully in a few days.
Posted by The City Mouse in the Country at 10:19 AM

I have also learned the fastest growing demographic in motorcycling/scootering is women. I started scoot commuting because there was a lack of parking at work and I didn't want to pay the $115 bucks a month and essentially throw my hard earned money away. Enter the scoot and motorcycle, I park both in the bike lock-up at work and they don't charge us. I love the affordability of 2 wheel transporation, it is cheaper than getting a bus pass and I am no relying on someone elses schedules to get where and when I want to go. The only downside is the weather at times. I live on the West Coast and it rains a good portion of the winter here. That being said it comes down to good gear and it is the difference between misery and happiness when riding in the wet/cold weather. When I first geared up I tried to do it inexpensively and found out after a few torrential downpours that it wasn't worth it in the end. I was looking for alternatives to waterproof my gear, but gave up. What I was spending on it to get it to work as promised was $$, I returned it and did some research and paid a little more and now I am a happy and content Moto Diva when it rains. I have been riding for 11 months straight and ride in everything. I have driven my car to work once in the last 11 months and everything felt off. I like to think I am helping the environment because I am not filling up a gas guzzler once a week. My little vino sips gas & at $5 a tank every 2 weeks that is awesome. My 450cc Honda however takes about $12 and I usually fill her weekly if I am riding her more than the scoot.

My only avice to anyone who is thinking about scoot commuting is to make training their first priority even before getting on a scooter. You can get killed just as easily on a 50cc scooter as a 1200cc motorcycle. The skills you learn from a Novice motorcycle course is invaluable to keeping you alive.

As for shifting - I love it. I drive a manual transmission car, so I didn't find it hard to get once i was taught properly. When I first started out I wanted a maxi scoot, but now am content on my motorcycle. I do however think a Maxi scoot will be in my future because nothing beats a scooter for storage capability particularly when grocery shopping.

I would recommend you logging quite a few hours on your scoot before your girlfriend hops on because it changes the dynamics on the bike, we learned this in our novice course. You pretty much have to teach your passenger how to be a good pillion rider. I hope as well that you are wearing full gear, even in the heat. Pavement is unforgiving and I have learned that lesson first hand, and never go without gear.

Happy riding - keep the shiny side up.