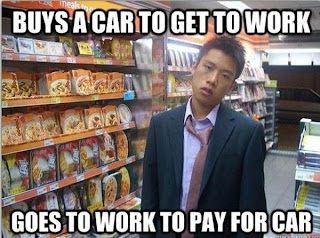 Over the last few days I've been thinking about several things. One of which is of course the bike, assuming that the insurance company totals the darn thing then I'm going to need a new ride.  For a variety of reasons I would rather stay with a scooter then have a "real motorcycle."  So far I have found three possible replacements.  One is a 2009 Suzuki Burgman 650 model that was converted into a trike.  Susan wants me to buy a trike eventually, so now may be the time.  I also found a similar Burgi to the one I currently own.  The other possibility is a 2008 Kymco Xciting 500.    Some may say I'm putting the cart before the horse but I want to make sure I understand what is out there before I buy.  I don't want to put myself into any debt than is needed.
I'm finding a few different motorcycles out there.  I have only limited funds that I can work with.  We are thinking of buying a small 2 bedroom/2 bath house as a rental property.  So I'm trying, with only limited success, to find a bike for under 4K

I seem to be back in the same place I was when I started this blog.

I miss riding, I've not been on a bike since the 21st and I'm looking at passing riders with envy.

So lets put riding aside for a moment and concentrate on anther project of mine.  I was reviewing my income from my independent delivery work that I do (it is tax season after all) and I expect to make about $12,000 working just an extra 3 days a week on average next year.  That is about a third of my regular job.  I am also playing with the idea of buying a rental property as well, which may bring in another 2-3K a year.  Slowly but surely I am becoming my own boss.

My girlfriend tends to a small garden in the back of our house where we have tomatoes, peppers and strawberries all in a small effort to have fresh food on the table.  Every winter we enjoyed oranges from two beautiful trees in our backyard.  We hope to be expanding our small potted garden with something like the following photo:

We are trying to save money, trying to take steps to break the endless cycle of consumerism and debt that plagues most Americans.  I don't have a credit card for example, if the financial crisis a few years taught us anything...is we don't need much.

No, I'm not an aging hippie.  I just sound like one.

Everything I am doing, from getting the scooter to the urban gardening to changing my diet is about simplification.  So why does looking for a new bike have to be so hard?  Ebay and Craigslist are helpful, but again the bikes are either a lot more powerful than I want, or are customized in such a way I don't like.  I wish you could hear the frustration in my voice.

So the search continues.   At least until I go on vacation in 2 weeks.
Posted by The City Mouse in the Country at 7:54 AM

OK... so I think I get the earlier post now having read this one... why was your bike totalled?

Way back on the 21st of December a car crossed over two lanes and entered my space. I was forced into a berm on the side of the road and down I went. They never stopped.

Well the bike is still ridable, it's deeply scratched and goared. To repair the plastics and such it's going to run me about 4K. More than the blue book value of the bike, so the insurance company is totaling it. I'm still not sure what I'm going to do, but I should be riding again soon.