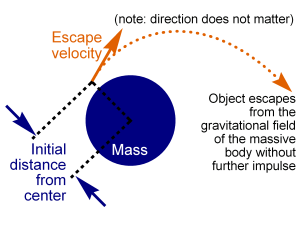 I've been thinking about how much I enjoy riding, and how stupid I am to take the bike to work when I know there is a 60% chance of being caught out in rain.   It's pitch black when I pull out of the parking lot at work.  I'm in full battle gear.  My rain suit fits over my jacket like a glove.  I slide on my gauntlet gloves, bought specifically to deal with rain and cold weather.  Kimmie shakes off the water like a cat and we begin the long ride home.  Dodging raindrops and looking at the lightening in our rear view mirror, praying that I can outrun the thunderstorms plaguing the area.

Lately I've not been riding much.  This is due to a combination of factors which includes weather, my self employment and my regular job (I work for 3M). I have had to take the car places.  I have had to attend meetings, classes and other events that, for whatever reason, I was not able to ride to. The fact that I've been working overtime has contributed as well.  This is a pattern that is repeated at the end of every month.  I just get to busy to go and enjoy a nice long ride somewhere, anywhere.

I am surprised at how much I miss riding.  So when the chance to ride to work presents itself.   I take it, even though I damn well know it's not a good idea.  Riding to me has become more than just a cheap way to get from point A to point B.  No, it's much more than that to me now.  It's become my escape. 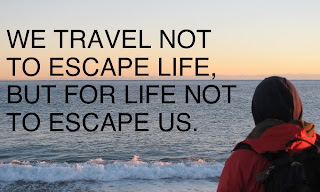 My job really is not that stressful.  In fact, even during the worst moments when the board is filled with red and people are screaming, freaking out, panicking....I have an almost Zen like state.  I used to work on projects that would cost a company hundred of thousands of dollars if they didn't do it right.  My job was to make sure it was right.  I had the right to shut them down if I wasn't happy.  I did sometimes knowing that I was in the right..  Later on in my life I dealt with people's lives.  Making decisions to grant loans, to help make dreams realities based on credit. Based on deposits and ratio's and choices...based on cold, hard calculations.

I left that job when the math didn't make sense anymore.  When the logic was based on bad assumptions and greed.  We all know what happened after that.  Yes, you can blame me for the near collapse of the banks a few years ago.

So stress?  Not in the least.

So why do I escape?  Why am I feeling this desire to ride?

It's quiet for one thing.  It just the wind noise and the bike, no other noise.  My attention is on the road ahead of me.  No fiddling with the radio trying to find something I want to listen to.  No phone calls.   I've considered a cheap bluetooth for the helmet but decided against it.  I don't want the distractions.

Generally speaking I'm not a risk taker.  I may speed but not excessively.  I may ride in weather that I should not of, earlier this week being a perfect example, but have no issue pulling over and waiting.   Or even leaving Kimmie somewhere and picking her up in the morning.  There is a risk to riding.  Cars are built to protect the rider, bikes give the rider responsibility.   To pay attention, to always be aware of the surroundings.  Some argue that riding is freedom.   I understand that...it is freedom but it also takes us back to a time when we were not as "coddled" as we are today.  I am responsible for my own safety.

Motorcycles are built for the back roads.  Sure I can ride on the freeway, get up to at least 100 miles per hour (161 km/h) but honestly why?  Personally for me; the freeway is designed for the car where as the bike is designed more for some back country road where I can smell the heather, listen to the spring peepers and actually see things that I would not see.

One of the reasons I was so excited about the Equinox to Equinox rally was because I know had an excuse to go out and ride.  Sadly even this fun event fallen by the wayside lately.  One day I just said, "It's to damn hot to ride!"

Posted by The City Mouse in the Country at 7:40 AM