Of gloves and boots and other things

So here I am yesterday, running a few errands on Kimmie.  We were picking up some milk, some odds and ends from here and there...nothing to taxing or far but just the enough to make me feel like I was accomplishing something on the bike.

I felt a little weird though.  Something was wrong, not pucker up "OH MY GOD!" wrong.  More of a little annoyance wrong.  My left hand glove hand developed a hole in it.  It was my index finger.  I needed new gloves plain and simple.

I have to admit, I hate wearing gloves.  Always have, even growing up in Pennsylvania;where gloves were a requirement during the winter months, I didn't like wearing them.  My hands were either to hot, or to bulky, or I was not able to actually touch what ever I was working with, or grasp it.  I'm a very tactile person so I like having what ever I have actually in my hands.

Riding is a little different.  It took me a little bit to get used to but the idea of riding without gloves now is as foreign to me as diversity is to the Republican Party.  ATGATT is not just a phase, it just makes sense.  My gloves have come from the local Walmart and cost me about $20 a pair.  They had the finger protection on top, the padding in the palm and were light enough for me to not feel to bulky on my hands.  They were thin enough let me feel the grips under my hands and cool enough for the hot humid days that often dog us here in Florida.

So why change now?  Because I'm not sure if they provided the best protection.  They are not waterproof or windproof, meaning that they are pretty useless during the night time commutes during the winter months or in the rain.  Even the older gauntlet gloves I have for rain and my bulky winter gloves are going to have to be replaced eventually.  I may buy all three pairs at once if I find something that I like.  I understand how some bikers might have five, six, seven pairs of gloves depending on their needs.

The question is...what to look for?  I want a glove that works for me.  I want more protection than I felt I was getting before.  If I end up with three different pairs of gloves then so be it.  If I find a glove that is light, waterproof and comfortable then all the better.  I know it's also possible to get a little reflective piping in them as well, which considering my commute home at night, may be helpful

I also need a new pair of boots, the only issue I have there is steel toe or not.  They will be waterproof, have skid and oil resistant soles and be comfortable.  Padding up around the ankle is a good benefit.  I've worn enough work boots to know what size to get and what works for me.  I don't see the need, other than some calf protection, of buying traditional motorcycle boots.  I know many will disagree with me on that. 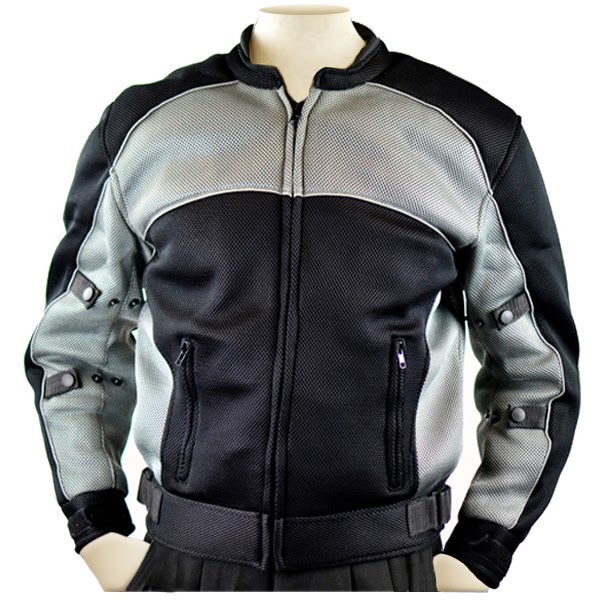 I bought my summer riding jacket off the net, and although I'm generally happy with it, I'm not sure if I would buy gear of the internet again.  Size and fit matter, comfort matters.  I've found my summer jacket to be a little big but all the protective padding is where it should be.  When your flying through the air at 70 MPH about to hit the concrete you want the padding to be in the right spot, protecting the right parts.  An elbow pad in the middle of your back is not doing any good for either your back or your elbow.

So what is the point of this post you may be asking?  I need to buy new gear.  I'm getting it from motorcycle shops where I can actually go and try things on.  It might be a little pricier but in the end I think I'll be a little more happier...as well a little better protected on the road.  That's all that matters in the end.  Coming home.

And Susan my long suffering girlfriend is going to have to find some more room in the closet for me.
Posted by The City Mouse in the Country at 8:16 AM

Rob! You're back on two wheels! I missed when that happened.

Gloves... waterproof... My waterproof Icon Patrol gauntlets are only 'waterproof' so they still get waterlogged. If it rains I wear the Tucano Urbano summer gloves that are mesh and leather. They'll dry fast enough.

I do like my Icon Patrol boots. They are very waterproof and the metal buckles provide ankle protection.

I agree with you about not buying online. How can you know if the fit is right? Sure…you can probably just return it through the mail and go through the whole process again but isn't it just easier to head down to the brick and mortar store and try on 10 jackets in 10 minutes?

I find it hard to find gloves that fit. I use two pairs, one mens XS Fieldsheer Aquasport waterproof gauntlets for winter and one women's mesh backed pair for summer.

In truth I use my aqua sports in all but the hottest of days. They were not comfy at first because I felt I could not feel the controls properly but have broken in over the years. I have had them for almost 4 years now, but it is time for new.