Of Memorial Day and soccer players.

I could not let the Memorial Day weekend go by without some recreational riding.  I didn't get to do much of it.  I didn't even manage to go that far, but I did finally get off the beaten track of my day to day commute and take some different roads.  Finally I was able to hit the back roads, the side roads, the strange little ally's that cut parallel or through the main strips.

So I rode to work and made it on time, but at least I got to ride something that was different.  Traffic was light on Friday and Saturday but by Sunday it was again packed with church goers and those heading to the beach for one more day of frolic.

I needed those side roads with their little twists and blind curves.  One day by accident I found a side road near where I work, it's got 15 or 16 curves in a little bit over 3 miles of road.  Kimmie handled them them like a champ and again I felt the spark flair up a little.  After nearly 5 months of not being able or allowed to ride...it just felt right. 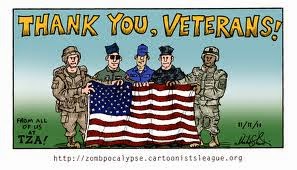 Speaking of Memorial Day, it would be wrong of me not to say "Thank you" to the various men and woman that have served in our armed forces to protect the rights and freedoms we have today.  That being said, I feel that it is also my duty to remind people that just because we have that freedom does not mean we should take it for granted.  A citizen must always watch their government to ensure that they are serving the people, and not themselves or another Master.  So if you don't vote, don't bitch.  You can register to vote here if your not registered already.

Just in case your new to this blog, I'm a soccer fan.  Since this is my blog I'm going to talk about soccer for a moment.   You may want to stop reading now.

Ever since I kicked a ball around in grade school I've been a fan of the beautiful game, and it's been a difficult ride for me.  From watching indoor soccer in the late 70's and early 80's to the feeling of amazement I had when I opened up the paper in 1993 to find the Charleston Battery on the front page.  At times I've felt like a voice out in the wilderness.  So to see what the sport has become here in the US, and what it has the potential to become, makes my heart fill with pride.  We have three, count them three, viable leagues.  The big one, the MLS, the second tier NASL (which is the league the local Tampa Bay Rowdies play in)  and the third tier USL; which is the league my beloved Pittsburgh Riverhounds play in.


Without going into to much detail, I've watched the interest around the upcoming World Cup with a bit of bemusement.  The recent controversy over the dropping of Landon Donovan from the US squad has helped propel the sport even more into the public conscious.  After all, he has scored 57 goals for the USA over his career, many of which of helped the team advanced further then many felt possible.  His 2010 goal against Algeria helped ignite a nation.

In the end though you have to trust the coach.  Donovan has had a bit of a "prima donna complex" follow him throughout his career and his commitment to the sport has wavered over the last few years.

To hear the arguments about why or why not he should have been included are interesting to me.  At the end of the day though...it's the coach that decides, and it's him that will reap the rewards or the disgrace.  Personally I think it's a good move.  If the team somehow manages to get out to the group (The USA is grouped with Germany - the second best team in the world right now), Portugal (which is ranked the third best team in the world) and Ghana.  They were the country that knocked the USA out of the last two world cups.  Most of us that follow the game understand that it is an uphill battle and the key is the first two games.  The US can not afford to lose the first game.  It can afford a tie in the second game, but may require help.  A win against Portugal is possible, and has been done before.

Even if they don't advance, the USA is looking good for the next World Cup (the USA has qualified for every World Cup since 1990).  The young players will have experience at the world stage and Mr Donovan will only be 36.  Old by a soccer player standards but he may still be able to provide a spark at that age.

It's going to be an interesting ride.

Posted by The City Mouse in the Country at 9:44 AM

So glad you were able to get out and off the beaten path and find some curves. And happy you enjoyed them.

I like soccer. If the NFL went toes up I would not miss it. Soccer needs more national attention and on the major networks. I like rugby, too.