Not an April fool 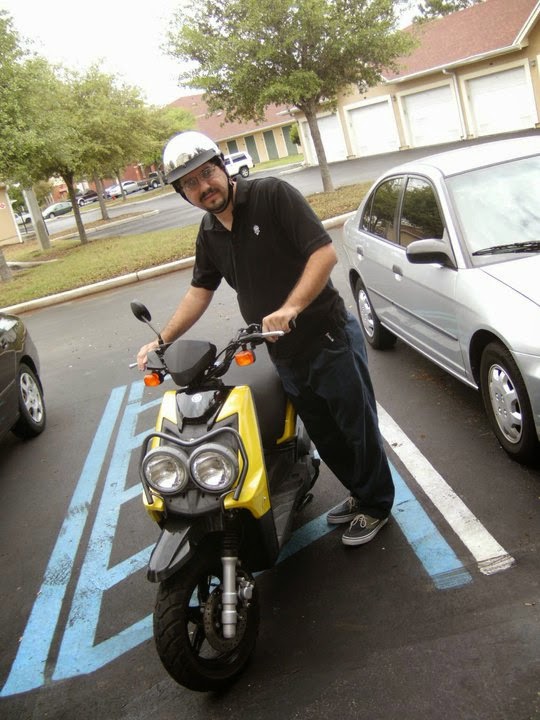 This photo appeared on my Facebook account two days ago.  Which made me wonder about my timeline.  According to our overlord Zuckerman, that photo appeared four years ago.  I would have sworn that I've been on a bike for longer than that.

No matter though.  "Time" someone once told me "is relative" and it's the experiences that matter the most.  That little yellow Zuma 125 will always hold a special place in my heart, it was my introduction to scootering and bikes in general.  I've sometimes considered getting another one just to kick about on, but the budget won't allow for it.

Somewhere between that early photo and now I've grown as a biker.  I've so much further to grow.  It occurs to me that I've still not traveled more than 150 miles in one day.  That I don't do 150 mile days often.

That I've not traveled to the other coast or out of state yet.  That what may have started as a midlife crisis (I was looking at my 45th birthday at the time) has grown into something more.

Commuting to and from work is still an adventure at times.  I am hoping to do more, see more...and I will.  Just give it time.

Posted by The City Mouse in the Country at 11:53 PM

It's not about the miles logged in a single day, but it's about you getting out there riding! Enjoy!

I am just glad you are still out and enjoy the ride.

I too have never ridden out of state (unless you count pillion on hubby's bike) but that is okay. Someday I will. One can dream.

Ride, have fun, and discover your backyard. You don't need to clock thousands of miles to be a rider.

I say ambition is a good thing. You cover long distances the way you hike. One step at a time. You fell off, got back on and are still riding. That's pretty ambitious to start. Keep going the rest will come.