Every year the community I live holds a park wide sale.  This year it was a little lighter than usual and for the third year in a row we carried on the tradition of selling food.  Susan spent most of her life working in the food industry and we have considered opening a restaurant or even a food truck in the past.

However these things have never come to pass, so once a year she gets to flex her muscles behind the grill; cooking hot dogs and mild Italian sausages to the crowds of hungry people that invade our community to look at other peoples junk. 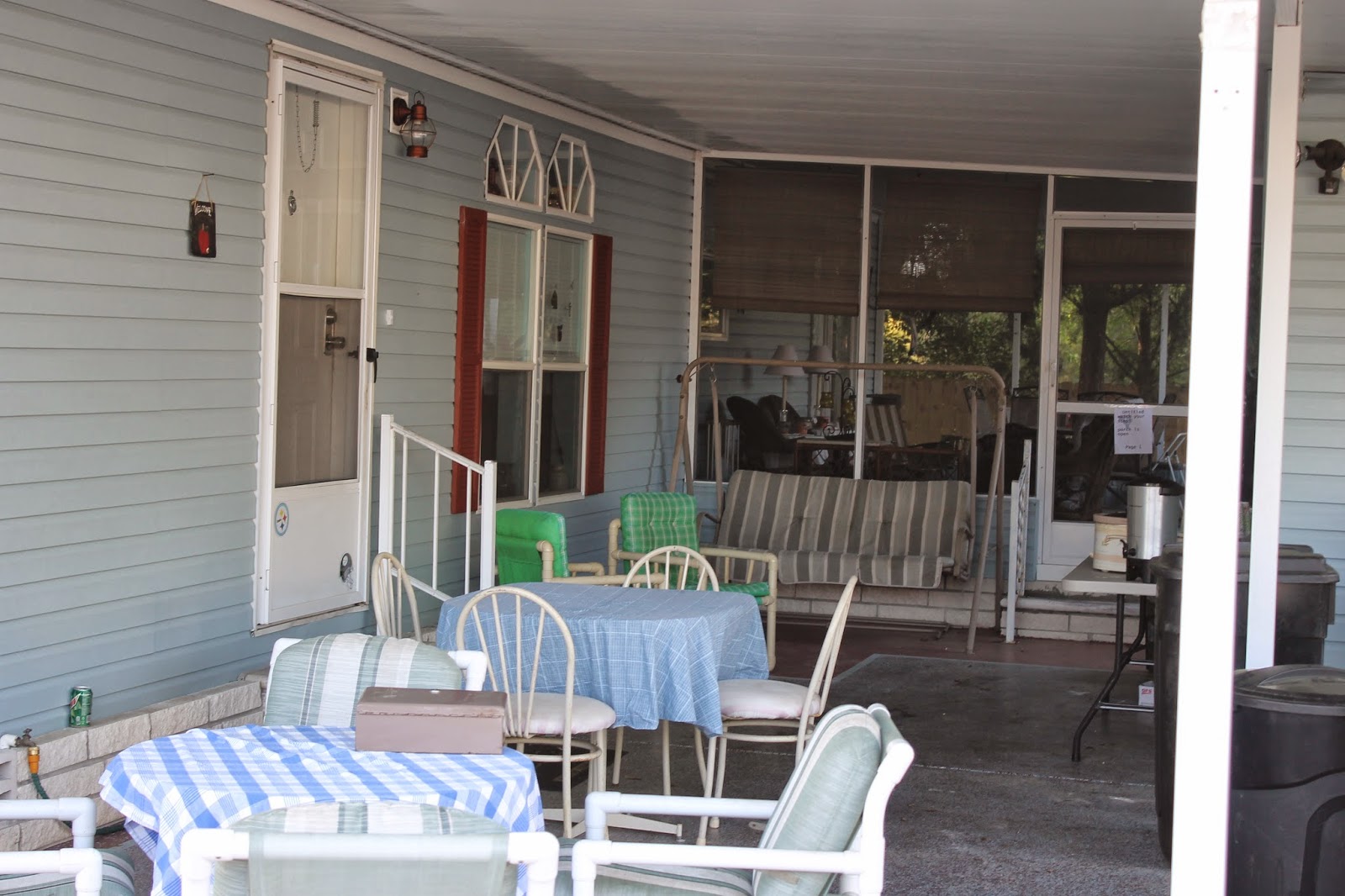 This tradition started when our wonderful next door neighbor Bob died a few years ago.  Where he did breakfast and then switched to lunch, we decided to simply do lunch.  He placed his grill at the end of the driveway and sold food directly from there, we created a little outdoor bistro.   I've often threatened my mother that I was going to put her on roller skates to serve as our waitress.

Susan also makes a traditional home made "Coney Island Hot Dog sauce" as well as a pepper and onion mix.  In addition to the usual condiments.

For what ever reason this year did not seem as busy as last year did.  Last year we run out of sausages, this year it was hot dogs.   We made a small profit this year and have enough left over soda products to last a while.  Generally speaking I avoid soft drinks, but I'm willing to bite the bullet on this one.

I could have gone riding in the afternoon but honesty was to tired after this years cafe.  Last year, even though it was busier, it seemed like we had more time to prepare.  Last year I run out on the bike several times to buy buns or dogs as we need them.  This year we were done when we run out of food.

We also have the various neighbors show up at the end of the sale (about 1 PM) to nosh down on what ever is left - at a reduced price.

It's fun, frantic and makes us a little bit of cash.  Not a bad way to spend a Saturday off the bike.
Posted by The City Mouse in the Country at 5:15 PM

Community events like that are always a lot of fun, and they're a great way to stay connected to your neighbours.

What a great idea. Sounds like a nice community concept.
Wishing Susan speedy recovery with her bum knee.

A great little enterprise to feed the masses at the same. I can imagine how tired you two were by the end.

Community events can be fun- and essential! I forget the clever name I had for your food cart...

you go Susie...that is the spirit.