It was nothing serious.  No crash. No accident.  No fires, earthquakes or plagues of locusts.

It was something I had sensed for some time.  It started when I put my battery on a tender back on Saturday, August 9, 2014.   My battery died.  There is still enough power to turn it over, to make the lights glow...but not enough to have Kimmie roar to life in a way I've become familiar.

A few nights earlier I rode to work on the highway, something I don't like to do, because I was running late...I was late anyway.  A wreck blocked two lanes of the three lane highway and some idiot prevented me from skittering down the shoulder.  Normally I would not do such a thing or even consider it, but I was running late.

So here I am, sitting in traffic...and I stall.  I start, stall, start, stall.  Eventually I get the bike into an open enough area to maintain a speed about 2000 on the tachometer and it holds steady.  I get to work an hour late.  That night, she starts up and away I go. 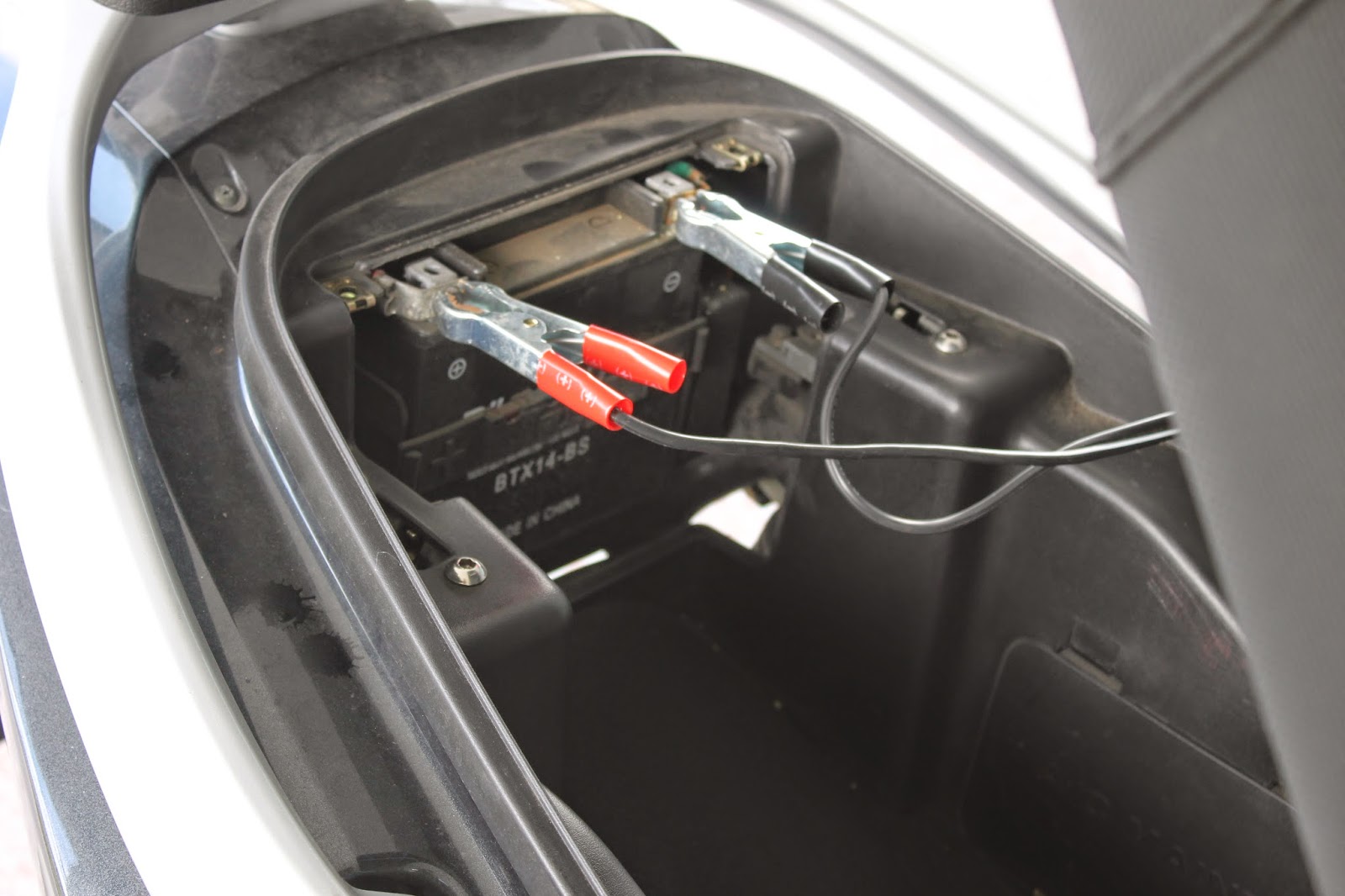 A few nights where the temperatures fall into the freezing range is all it takes.  She tries, really tries but the heart, the battery, is just not up to the task anymore.

Then comes a very bad week or two.  Two hospital visits (one involving the lovely Sue which turned out to be a minor issue).  A bout of the flu.  A temporary change for two weeks of my work location to an area of town that frankly I did not feel safe driving my car in, especially after nearly being hit twice in said car.

No riding probably till close to the end of the year.  Maybe not till the new year.

Sure it be easy to run out and buy a battery or even have the local mechanics pop it in. I considered it, but frankly it was what I needed to push Sue's Christmas gifts into the realm of free shipping on Amazon.  By the time I receive that battery it will be the Holidays.  Another week...another delay...another few days without having my bike under me.

Not the best way to close out 2014, although generally speaking the year SUCKED.  I will not be sad to see it go.

First there was the crash in early January.  Which, while relatively harmless in it's own right, did bring about a lingering injury that kept me off the bike for months.  It also exposed an underlying non-crash medical issue that required treatment.  It was not life threatening but suddenly I find that I am very, very mortal.

It would not be till May when I finally started riding again on a regular basis.  While glad to be back on my beloved Kimmie I was tentative.  The love I used to have for riding just wasn't there.  Although I would regain that love only a few months later...it took longer than I would have liked.

My job did not help as they had me running back and forth between Tampa and Jacksonville, Florida at least three different times for weeks at a time.  I wasn't happy however as I found others with less experience being promoted above me and other issues.  But I stayed and pushed for a better job and more responsibility.

Little did I know that I would be changing jobs in October anyway when a job offer paying 15% more annually (with bonuses) and the title of Assistant Manager fell into my lap.  I have to admit though.  I have questioned my choice to take that job ever since, as the position is stressful and I'm not sure if the job has a good support structure.  Somehow I never pictured being a cubicle farmer was in my future.

In the last month or so it's just been small things, like having to report to another site for two weeks in an area best reached by car.  After this training my shift changes again, back to a more familiar 1 PM to 10 PM, back to empty streets.

I took this job because I understood I would work days only.  Not nights, but I can not complain, I'm still the low man on the totem pole.

Posted by The City Mouse in the Country at 7:42 PM

Amen to 2015 being a fresh start, a chance once more for a good year.

Cubicle farming! Funny! I agree about being in a management position and needing adequate support. What's the point otherwise?

Life is so fragile. You are wise to listen to what's going on inside you. I wish you the best for the holiday. Ease into 2015!

Well all that doesn't sound like any fun. I hope the last few weeks are a little smoother.