I woke up this morning with a thought..."Wouldn't be great to ride into work today?"  The chance for rain was low and it looked like it was not going to be as humid as it had been.  A wonderful day to get out some.

Meanwhile Kimmie sits and waits.  Even when this part gets here there is still a electrical gremlin that needs to be found and squashed under a boot.  Yes, I've asked why they can't use a regular gasket or a part from a similar bike.

I decided that I wanted to put off getting a new bike.  I like the idea, I love the idea but frankly I just don't feel comfortable taking on another debt at this time.  Even though the math tells me I can.  I've been in dire straights in my life, and I've no desire to allow that to happen again.  Plus a lifetime of working in insurance, banking and taxes has taught me a few things - although how a guy with a Education degree and a background in Engineering ended up in the financial field is a long story.  I suppose I'm just good at math.  Funny thing is that I did not really do well at math until college.

I did go over to my local Honda dealer.  I sat on the CTX and it did impress me, but after being on scooters so long I could not help but wonder about how I would adjust to it.  I'm sure it would not take long.  I looked for a salesperson to ask some questions....no one was about.  In fact, I seemed to be alone in the store.

Probably for the best, I may have rode a bike home and would have had to go back for the car later.

So I wait.  I'm not done with Kimmie, despite her problems this is the first bike that I truly felt comfortable on.  My old Zuma was always just a starter bike.  My Burgman, while comfortable and wonderful, just did not seem to have a personality or "soul.".  Kimmie...while she's Kimmie.  A long time ago I said if I could personify her she look like this: 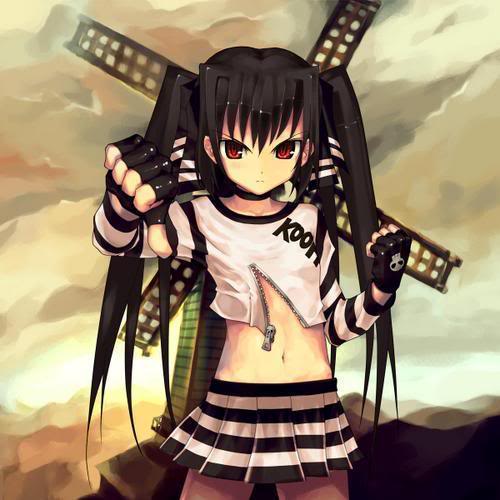 Sure she's got her dents, her scratches and scars.  But she's mine.  She's sexy to me, and I'll be completely honest, there are times I've patted her on the top box just in passing.

Or thanked her for getting me home on a really bad traffic day, or in the rain, or when I know she needs fuel and I just want to push her that extra mile.  I know she has taken better care of me than I have at her at times.

You don't give up on that.

It sounds silly, it makes no sense.  After all she is just a machine, a collection of parts and pieces that somehow manage to get me from point A to B consistently with a lot of C, D and E between.  It's those in between points where I fell in love.

I'm not sure I would have that feeling with a new bike.  Of course, Kimmie was not my first choice either but that was another time, another place and I was coming out of some darkness.  In the following two years we invested a lot of money into her, it's been worth it.  Changing bikes now just doesn't seem right.

So I wait.
Posted by The City Mouse in the Country at 8:04 AM

I truly "get it". I've had an emotional attachment to a few of my scooters and bicycles and quite a bit of "seller's remorse" as well.

I hope your scoot is running soon!

There is nothing wrong with waiting. If you got a new bike now but always had that hesitancy in the back of your mind you might come to regret it or just not bond with it.

You'll know when the time is right or you'll see something that fits and that will make up your mind when the right time is.

Sounds like a wise choice to wait! As for emotional attachment, my spouse just shakes her head when I comment on how "she" ran beautifully today or I really need to polish "her" up to look "her" best. A lot of us absolutely understand the attachment. Treat Kimmie to the best!