**EDIT**  I played with it somewhat this afternoon thinking it's the fuses.  In playing around with it I noticed one of the battery cables was rubbing against the plastic case the battery sits in.  It started right up with full power when that plastic piece was off....put it on, nothing.  So, I think I just may need a new battery cable...or a better way to hold the battery in place.

I had plans this weekend.

Kimmie was running fine all this week, and we zipped back and forth on my daily commute without issue, she never gave me an indication of what was to come.  Well, that is not true.  Friday night on the way home I could of swore I heard a "popping" noise but with the traffic and speed I could not be 100% sure if it was my bike.

Technically I had to work my second job this weekend, delivering papers to various stores in and around the Plant City area, however I was able to work it out where the lovely Susan would do that for me.  She knows I enjoy riding and I don't get the chance to do a group ride often.

Off I would go to explore the work of Frank Lloyd Wright at Florida Southern College.  After that, perhaps I would follow the route originally suggested by Go for a Ride magazine.  After checking out the walking tour at the college, it was on to the futuristic Florida Polytechnic University building.  Which raises like a metallic Portuguese Man o' War out of the flatland's

Next stop Legoland!  While not really geared towards the rough, tough scooterist it's still part of tour.  How many of us remember playing with Lego's and building fanatic things with them.  I've often wanted to go just to see some of the things that are possible with Lego's.  I would not be stopping at the park, but riding past it.

Finally Bok Towers.  I've been here before but never by bike.

Generally speaking this was all within 150 miles of me and could be done in a day.  I would be riding with a group of people I rode with before and although nothing was confirmed, I had a good feeling. 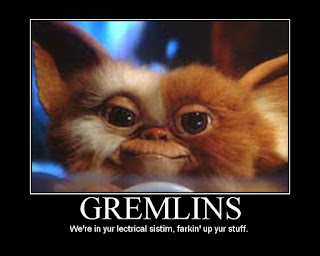 Kimmie won't turn over.  No power, nothing.   The battery is new, the rectifier was replaced.  Short?  Loose wire?  Alternator?  Spark plug?  Starter (although I should be getting at least a "clicking" noise if it was the starter)?

Posted by The City Mouse in the Country at 8:16 AM