Susan and I wanted to get away during the July 4th weekend.  We were not sure what we would do or where we would go, but she wanted to do something different and I am always up for an adventure.   After all, experiences are what create memories. 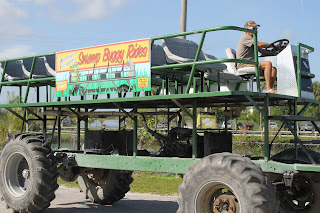 When our local news station did a little show on Swamp Buggies we both said "done."  These are often found in the Everglades and at one time were considered essential in the state of Florida since they were they only means of transportation in areas were there were no roads.

Ochopee, Florida (pronounced exactly like it sounds) is home to the worlds smallest post office, the skunk ape research center and Wooten's swamp buggies and air boat tours which we decided would be our destination.  As it so happened we were the only two people on our particular buggy.

Our ride was actually pretty sedate, you enter one section and plow through about 3 to 4 feet of water before getting onto to dry land.  Where your exposed to the nature of the area, some local wildlife and a bit of local history.  Ochopee it seems was a moonshiners paradise at one time, as Al Capone had a casino in Miami at the time. 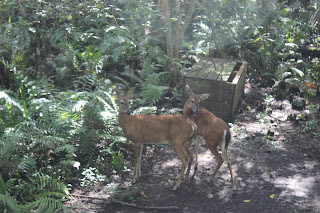 Two female deer showed no fear of the buggy and since Sue and I were the only ones on the Buggy, we were within 10 feet of them at times.  A curious raccoon also seemed interested in visiting us as he walked in front of the slow moving buggy at times. 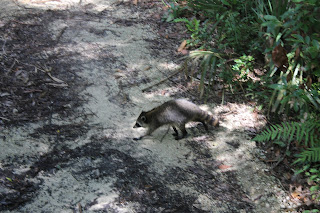 Of course if I'm this close to a national monument I had to go and see it.   Up the road a few miles was the world's smallest post office. 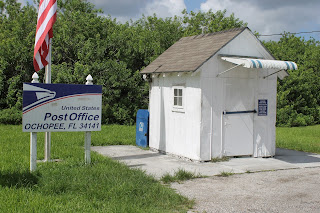 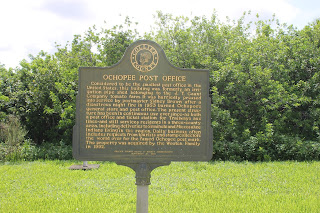 Legend has it that the swampland around Ochopee is home to a giant ape like creature, who differs from Bigfoot, a likely cousin, is several ways.  The biggest way in that this ape supposedly stinks; and stinks badly.  Giving him the name of "Skunk Ape."

Now never mind the fact that the only people that have supposedly seen the Skunk Ape work at the Skunk Ape research Center and Gift Shop.  I'm sure that is just a coincidence and  has nothing to do with gullible tourists. 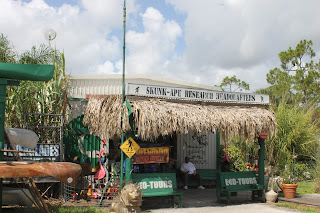 I'm sure that these guys are legit Skunk Ape hunters.  I mean they have a jeep and everything, and nothing says "I'm serious about a fictional animal." like a jeep. 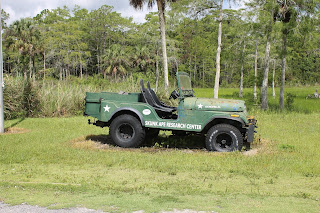 Besides just look at some of the evidence they found in all their years of research.  You can't argue with the evidence. 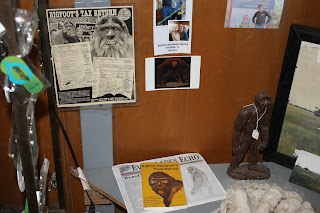 Sue and I enjoyed the weekend away, although we really didn't plan it well.  We left on a Saturday afternoon and had our little adventure on Sunday morning.  Next time I think we will leave on a Friday night and spend the full weekend in the Naples, Florida area.  Their seems to be a lot to do and see in that area.  Of course, more pics are on my Facebook page.

Happy July 4th weekend to all my American readers.

Posted by The City Mouse in the Country at 7:19 PM

Fun. I am surprised there weren't more people on the buggy tour being the long weekend and all.