I went into a long sweeping curve on my way home, and without thinking the machine below me answered...staying on its line, the lean felt natural...like I was meant to be at that angle.  I looked down at the speedometer and we held a constant 60 mph.  The curve ended, the bike righted itself with little effort and my speed stayed constant.  For the first time in 3 days on my new bike I felt comfortable.

The wind buffering that I felt, and still feel, was lessened with my buying a full face helmet and I'm not sure if that is more psychological or more due to the fact that my block head is more aerodynamic in the helmet. 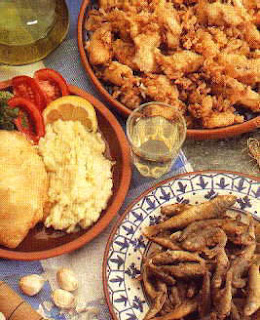 So far I've only taken the bike back and forth from work, a commute of a little bit under 35 miles one way, and am starting to feel the need to take it a bit further.  Tarpon Springs is one of my favorite locations in Florida, so a longer ride might be in my very near future.

I've been in the mood for some good Greek food and not the traditional Gyro or sweet Baklava either but something from the old country, a traditional recipe passed from mother to daughter.  Then spend some time on the famed Sponge docks soaking up the European atmosphere and relaxed way of life.

Or I might take the bike down into the city of St Pete and join my fellow "Scooter Trash" in riding around the beaches and beautiful town of St Petersburg.

Orlando, land of the evil mouse, is having a rally in mid October called the Snowbird Classic.  A buddy of mine who owns a Harley has been wanting me to go on a few poker runs.

Tempting.  Tempting indeed just to go and ride.  Make some new friends and see some new things.  Isn't that the whole idea behind owning a bike?

Posted by The City Mouse in the Country at 9:53 AM