It was bound to happen sooner or later, that moment when I would be caught out on the Burgie in a terrible storm.  I have no one to blame but myself in this case, and I learned a few things about myself.
Like never doubt my first instinct.  I had pulled off the road to make sure my jacket was zipped up tight just in case I hit rain.  I could see the storm ahead of me and watched the flashes of lighting zip between heaven and earth.  Watching the cars coming at me in the opposite lane I noticed they had their lights lit (a requirement in Florida when it rains) but the wipers were off and the cars did not seem wet.  My first instinct was to put on my rain gear, at least my pants…but I didn’t do that.
So I headed into the maul of the beast, thinking that I would be fine; after all I was only 15 or 20 minutes away from the dry office where I work.  Then it hit.
Florida thunderstorms are like no others I’ve experienced.  Well brief they are certainly strong, as buckets of rain poured down on me again and again.   I cursed the low stock windshield that I have on the Burgie as the rain rolled up it and off, pinging off my helmet.  My jeans started to get soaked and I felt like there was a puddle forming in my crotch.  I also learned that I should zip up ALL the zippers in the jacket when I feel I might get wet.  The water was forced into my sleeves and down the vents.  “Waterproof my ass” I cursed.
I rode on, at no time did I feel like I was not in control taking it slow but traveling with traffic…then it got worse and I could not see.  “There is an overpass up ahead, I’ll take shelter there.” I thought.  I drove some more, keeping to the right lane and wondering where the overpass was…”THERE!”  I started to pull over only to find a wrecker there, holding the dry area under the bridge hostage.  So out into the rain I went, cutting across three lanes to pull into a MacDonald’s parking lot where I would wait 10 minutes or so to sit out the storm.
I dried my gloves as best I could, wringing them out and drying them underneath the hand dryer.  Letting rivulets of water pour from my sleeves.  I called my work, letting them know I might be a few minutes late and my girlfriend letting her know that although I was wet, I was safe.
A few minutes passed and I was off again, riding the last few miles in a light but steady rain.  I pulled in and walked into work, soaked from head to toe – much to the amusement of my boss – and checked in right on time. 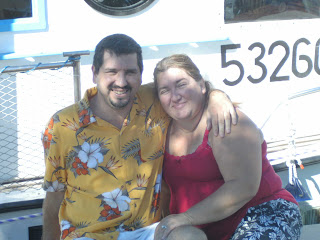 The most important lesson I learned however is that my girlfriend really and truly does love me.  We were fighting over stupid things, on a day that should be celebrated due to some very good news concerning her health.  So when I texted her asking her to bring me some dry clothes…she did.  Without question or complaint…she brought me cookies as well, taking time out of her day and her duties.  She was still upset, I could see it in her eyes but I know we will forgive each other and move on with our relationship.   That’s what we do.  That’s what love does.
The ride home from work may be uneventful; as I write this the sky is clear and bright but there is a 40% chance of me riding home wet and miserable.  I know that I can get home safely and will be slipping my raingear on before leaving work tonight.
Posted by The City Mouse in the Country at 2:16 AM

I DO LOVE YOU WITH ALL MY HEART....AND THE ROSES ARE BEAUTIFUL.I LOVE YOU

Rain - is a 4 letter word I hate. Living on the West Coast a good percentage of my time is spent riding in the rain. I've found great gear that I don't need a rain suit with, but it may be a little toasty for where you live.

Love is an amazing thing, it is more durable than we realize & can withstand little bumps in the road. You are a lucky man to have a girlfriend who brings you cookies & dry clothes, that truly is what love is all about.

It is so difficult to trust our instincts. I know it seems to have gotten easier the longer I've ridden. Glad it all went well and you dealt with plan A, the overpass not working, with a plan B. Good job.

@Dar: What gear are you using?

And, it is wonderful to have a supportive partner...I find it most remarkable on those days I've been a bit a an ass.