I think that bikers must have a taste of the poetic. 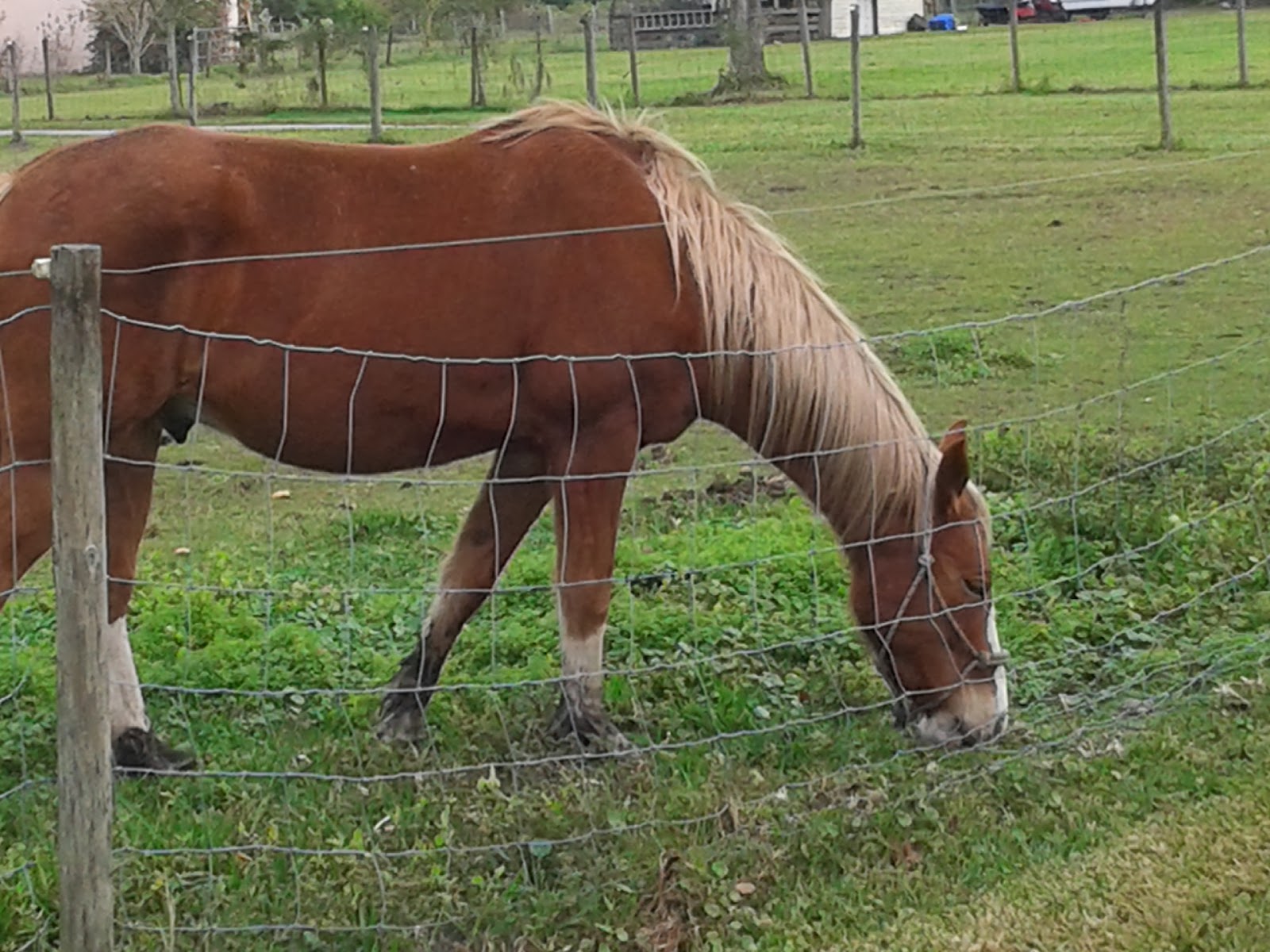 I don't know if it makes sense to someone that spends their life in a car.  Although I do think that the campers and hikers and (bi)cyclists would understand.  It's just that feeling you get topping that hill and seeing the valley stretched out below you.  How the sunlight reflects off a lake and the taste of the air.

Its about seeing that unexpected animal (hopefully far enough down the road where its not an issue).  How cool and wonderful a soft rain feels after a day of heat.  While I can appreciate the beauty of the world from behind a windshield, it is all the more beautiful when your fully immersed in it.

Why else would we do it?

The girlfriend let me slip out into the world.  We have been busy since the new year, making about five thousand dollars of home improvements to our old place over the last few days.  Things that needed done to our older home, such as new gutters and some work under the house.  With all that responsibility out of our hair I was able to go on a brief ride...my only requirement is that I be home by 11:30 for lunch.  She was making fish - she despises fish - so I knew to be home by 11:30 or else my lunch may have ended up elsewhere.  I love fish so it's a rare treat for me when she cooks it.

After lunch I was able to go ride again.

I purposely took back roads that I never rode before, finding a nice twisty two lane road that dropped me onto roads that my good friend Gary and I used to ride.  I had not thought about him in a while so it was good to picture his Burgman beside me for a bit.  On I rode, taking a bit of time to snap some pictures of odds and ends.

So I'm on this road near my house heading north, it's a road I've ridden many a time.  I was in a good mood, friends from up North were back in Florida and dinner plans were made for later that evening.  The rain that had been forecast for after noon was no where to be found.  The sun was warm and bright, the road stretched out forever, I know it well...then things went bad.  How bad?  Well I have a cast on my leg.

Nothing is broke.  Swollen and nasty yes, but not broke.  Kimmy is hurting but her heart is strong and her bones solid.  Plastics can be fixed...although I've a feeling she'll wear them as a war wound for a bit. 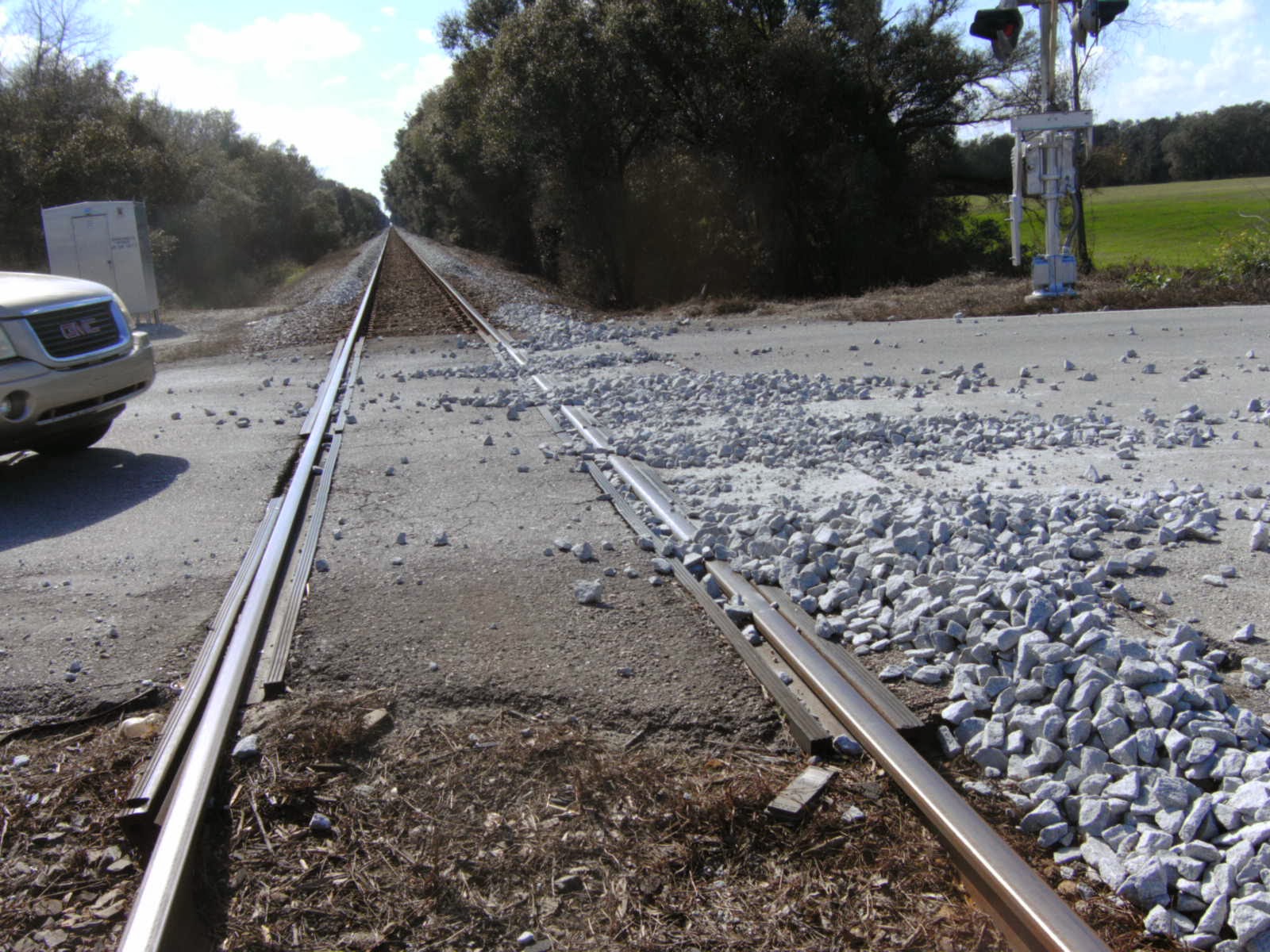 As the photo shows there were large rocks all over the road.  I saw them, I slowed down.  I tried, tried to keep her up.

I went down, then got right back up cursing my luck.  Then I felt something go "pop" in my left boot.   I checked out the bike shortly afterword, Kimmie is fine; banged up a bit on the left side but no major damage.  As for me, well I did a low side fall.  I never really went down, I kept my head about me.  I suffered some minor road rash.  A blister on my left hand.  My felt foot managed to get caught under the bike and dragged a little.  That resulted in some cuts and swelling and the need for new boots and gloves, as the palm of my left hand glove got ripped out.

What bothers me is that I was told that earlier in the day the county was informed about the rocks and the danger they represented..  As the truckers came through that area the rocks were crushed and flung in all directions.  I know there was little I could do.  Still though, my pride is hurt.  I hurt my Kimmie.

Sometime after the accident some employees from the railroad showed up to clean up the mess.  When I asked them what happened to leave large rocks all over the road, it was explained to me that a gate got stuck open and didn't close the way it should have as they crossed the road.

At this time I'm not sure what I want to do.  I have good medical coverage.  I called the Police and got a report.  I called the insurance companies.  I am giving serious thought to quitting this whole biking thing.  If Sue would have been on back...I would have never forgave myself.  I also promised her, and myself, that the next time I went down it would be my last time.

Still it's an accident, they happen.  I did everything right...and I still managed to go down.  I know I'm going to survive this...to be stronger and better as a rider.  Right now I want to get back on the bike.  I actually wondered how I could drive to work with a cast on.

I've some pics of the damage done but that is for another post.  Right now the medication is starting to take affect and bed, even though it is early, is sounding like a very viable option.

Posted by The City Mouse in the Country at 8:31 PM

Rob I am so sorry. I understand how you feel. As great as riding is, having your bike go out from under you is gut wrenching.

Right now you need to heal. That's all. Thank heavens the injuries you suffered are minor. Wearing good gear was a great decision. I can't imagine where you'd be without it.

Once you're healed, you'll have more distance from this accident and will be able to put it in some kind of perspective.

You handled it well.

My best wishes for a speedy recovery.

I'm so sorry! I'm glad it was not a worse situation, but you obviously feel pain about this incident in many ways. I have not ridden a fraction as much as you have, but it's a bit like getting thrown from a horse (I know about that).

Time and rest and healing will put things where they should be. Take care.

Gloves. every time I go down its the gloves that save me and have to be replaced. helmet fanatics who never fall off think I'm stupid when I stress the value of gloves. if you quit now you'll never get to the place you were hoping to reach (not key west by the way) and life will be a what if. I'm glad when I was young and learning there was no internet . I fell off and no one knew.

Yikes! So sorry that happened but so glad you are okay and just a little bruised.

If an accident is going to happen at least there wasn't a careless driver involved.

Good think you wear all the gear.

I agree with David, heal up and get some perspective. If you don't feel comfortable with the responsibility of carrying a passenger after this and having her life in your hands it may be the opportunity for her to ride her own scooter.

Feel better soon. Fingers are crossed it is a quick recovery - mentally and physically.

You need to accelerate through debris. Not slow down.

Anonymous said...
You need to accelerate through debris. Not slow down.

This is directly from the Motorcycle Safety Foundation - a course I took and highly recommend. "Adjust your path of travel so that you approach the obstacle as close as possible to a 90 degree angle. Rise slightly off your seat and shift your weight rearward and roll on the throttle slightly (accelerate). This lightens the front end and lets you use your legs as shock absorbers. Roll off the throttle (SLOWING DOWN). This is the procedure I followed.

Having my own experiences with loose debris on the road I can sympathize. Glad to hear that it's nothing too serious. Get well soon.

Rob, when you get a chance, it would be great to put up a post on what you were wearing (brands and types) with an indication of what bits did the job, and what bits fell short.

I'm particularly interested in the boots, gloves and pants.

Did you suffer any injury to your left hand, for instance.

Take care. Let us know how the healing is going. It always gets worse before it gets better.

Sorry to hear about your mishap. We have all be there at one time or another. Thankfully you weren't hurt more! Gear saves you all the time. I agree with the others, rest and heal. This could have happened to anyone, don't give up. Don't think of the what if's either it will drive you crazy. Hang in there buddy. So what did you do to your foot in the fall??