When I was out riding earlier today I saw a sign stating that early voting begins on August 26 here in Florida.  A whole 12 weeks (or 3 months) before the general election.  If your television is anything like mine, it is inundated with political ads even now.

Now I will admit before I even start that I'm biased.  I am a dyed in the wool Democrat (although I am a  Green Party member now).

Sadly I think about 1 out of every three ads is a political ad here in the sunshine state.  We are a political battleground state, largely because we have a very unpopular Governor in Rick "Bat Boy" Scott.   Scott masterminded one of the biggest Medicare frauds in history, then basically used his millions of ill gotten booty to buy the governorship.  He pretty much upset both parties his first 2 years and now is trying to paint himself as moderate. 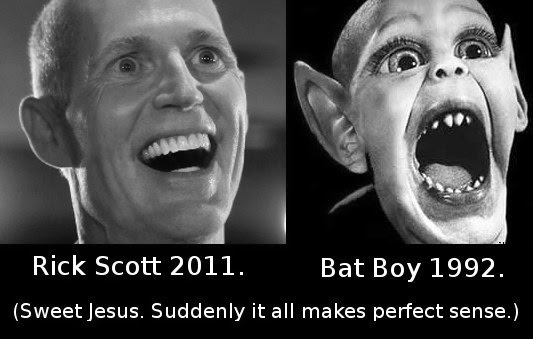 Sadly his main Democratic challenger is a political opportunist who would join the American Nazi Party if he thought it would get him elected to a dog catchers position.  Personally, given these two choices, I'll vote for Cthulhu.

But my personal political leanings and beliefs are not the nature of this post.  I'm sure that many of my readers (all 5 or 6 of you) have frankly, stopped reading this by now.  So let me tell you what this post is about.

Florida has Amendment 2 - the right for medical Marijuana on the November 4 ballot.  I've given a lot of thought to this amendment.

I also know people, both old and young, that need the medicinal benefits of Marijuana.   Who have either used it, tried it or are currently using it for the medical benefits.  I also know that most of the benefits obtained from the drug are either psychological or questionable at best.  Frankly, due to the sometimes draconian laws the US has had concerning pot, their is very little actual hard medical data.  Some of that data is questionable at best. 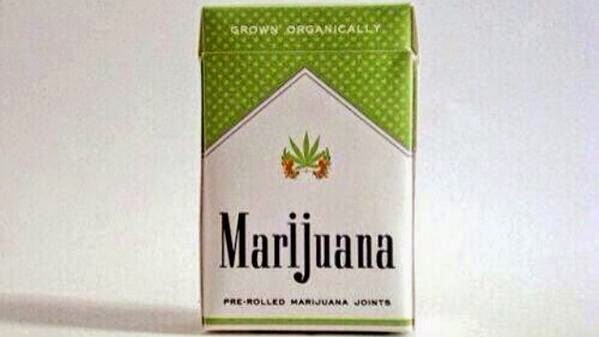 Personally I believe that there are some benefits to Marijuana.  I also believe that it needs to be researched more, we need to determine what these benefits are.  To take the best of it and do away with the rest.  I also know that if your give it to drug companies it will take them 30 years to develop and would cost 300 times what it takes to produce.  That is the nature of drug companies.  People need help now.

As someone that rides the roads of Florida pretty much every day I'm a little worried about loosening the states laws about Marijuana.  As a biker I have to deal with people texting, talking on their cell phones, drunk and distracted drivers, bad roads and uninsured/unlicensed drivers.  Florida  currently ranks fifth in the number of uninsured drivers   I have heard that 1 in 10 drivers in Florida is unlicensed, although I'm not sure how that number was determined.

In other words, it's scary out there.

Do I really want to add someone that is high to that long list of things I have to look out for?

So for me, Amendment 2 is tricky.  I know that it can help others.  That supposedly their will be restrictions and regulations in place to help prevent the use of medical marijuana.   I also know that some people will abuse the system. 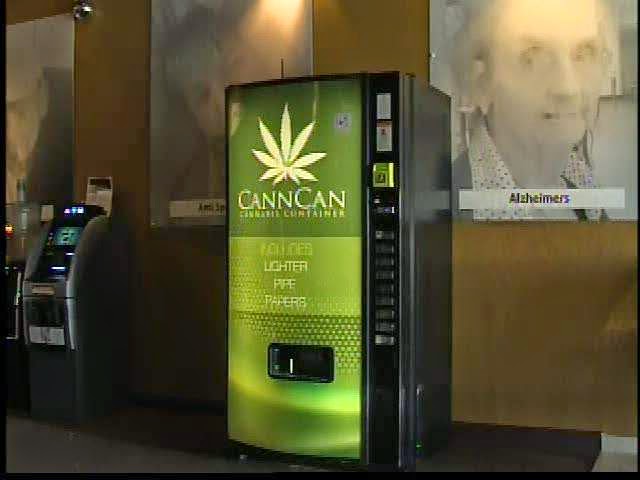 I also know that most drivers are responsible, that most people are responsible.  It's those that are not that worry me.  Right now there are only two states that allow for legal recreational use.  However I wonder if there has been an uptick in motorized accidents due to pot in those states.  Or an increase of people driving under the influence.  Again, this data is hard to find.  Common sense would indicate there would be, at least in the beginning.

It has been decriminalized in some other states, and I expect that trend to continue.  It is widely expected that Amendment 2 will pass here in Florida and after that the laws may loosen regarding recreational use.  I'm still not sure if it's a good idea or not.  I don't like the idea of highly regulating the drug, see the part about our corrupt governor above.  Yet I don't care for no regulation, because that worked so well with our vehicle's here in Florida.

What is a happy medium?  That protects the public but allows something that might help thousands, if not millions of people, suffer less from being abused?  How can we, bikers, make sure that we are protected from those that might be under the influence?  It's scary enough out there.  Should Florida enact tougher "driving under the influence" laws?  Currently you lose your licence for anywhere from 6 months to 2 years...yet Florida does not have much in the way of alternative transportation, and you have to get to work somehow.  Suddenly that 1 in every 10 unlicensed number starts to make a little more sense.

I'm ending this here because honestly I'm not sure if I have a point.  I'm not sure how to end this, just like I'm unsure where I stand on my adopted states loosening of the current restrictions on "funny cigarettes."  All I know for sure is that after the first Tuesday in November, I'll be ever more careful on my bike than I am now.


Posted by The City Mouse in the Country at 9:18 PM

I figure marijuana is as bad for your lungs as tobacco. Fun for the head though.

I despise how small-minded and unimaginative and blunt-thinking conservatives of all stripes can be.

So on balance I err on the side of letting people just be.

If smoking grass helps your chronic pain, then smoke all you qant brother. I don't need scientific hogwash to convince me to let you do it.

I will however vote to throw your ass in the hoosegaw if you smoke and drive though.