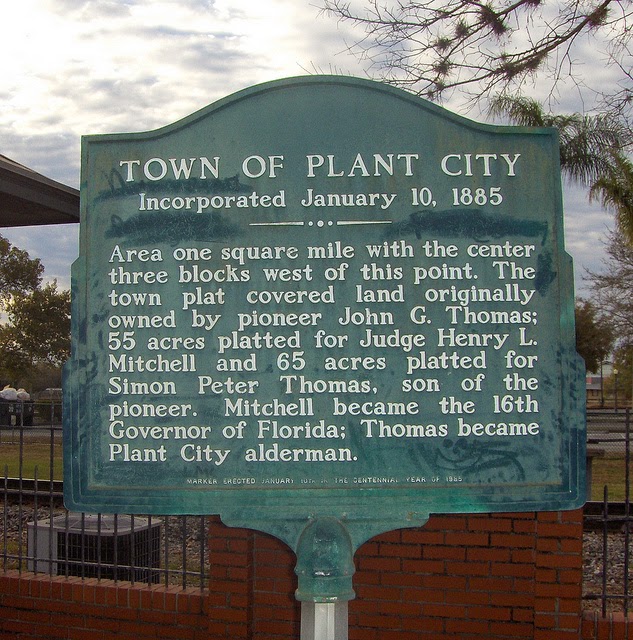 I received an email the other night from the dealership I bought Kimmie off of, according to the email I owned her for 18 months now.  I actually had to go back and do the math, using all my fingers and part of my toes during the process.

In just under four years I've managed to go down twice, hurting myself pretty badly on the second one.  Travel countless miles, see lots of things that I would have never of seen otherwise, met new and interesting people.  I even got to take a brief cruise to the Bahama's and ride in a foreign country.  All of this opportunity may have been open to me in a car...but you actually need to go.

On the bike...I didn't want to stop for the longest time.  Then it took me a long time to get back on the beast, to put away demons and just fall in love all over again with the idea of riding. 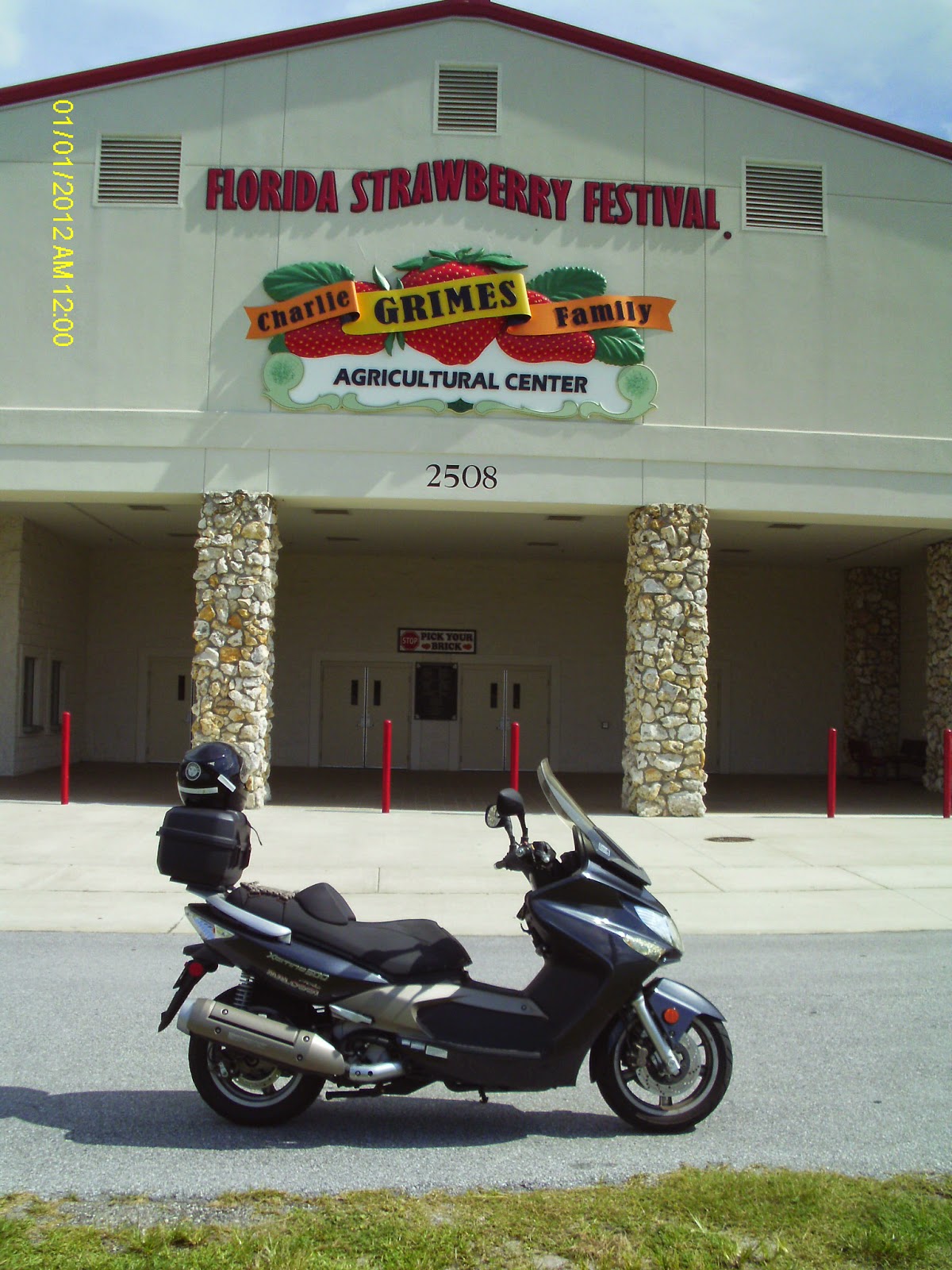 So with that in mind I decided to take a Saturday morning and ride up to Plant City.  This little burg is sort of a Tardis...it's bigger on the inside.  It has a reputation of being a bit backward and agricultural, despite being in the same county as Tampa.  Frankly, it is.  The area surrounding the town is largely flat and the roads straight.  Farmland stretches for miles.

It's been called the Strawberry Capital of the World, a distinction shared by many cities, for a reason and is home to the Florida Strawberry Festival.  The town even has a dedicated fairground just for that event.  The strawberry's are wonderful and the festival is a lot of fun, although it involves mostly country musical acts and traditional country crafts like quilting displays.

The downtown area is like any small city in America, the population is over 34 thousand after all.  What interests me about a place is the odd, the unusual...what gives the place its soul?

To be honest other than strawberries, I'm not sure what gives this town it's soul.  It has a few beautiful homes in the historic district, a train depot and museum and....what?  . 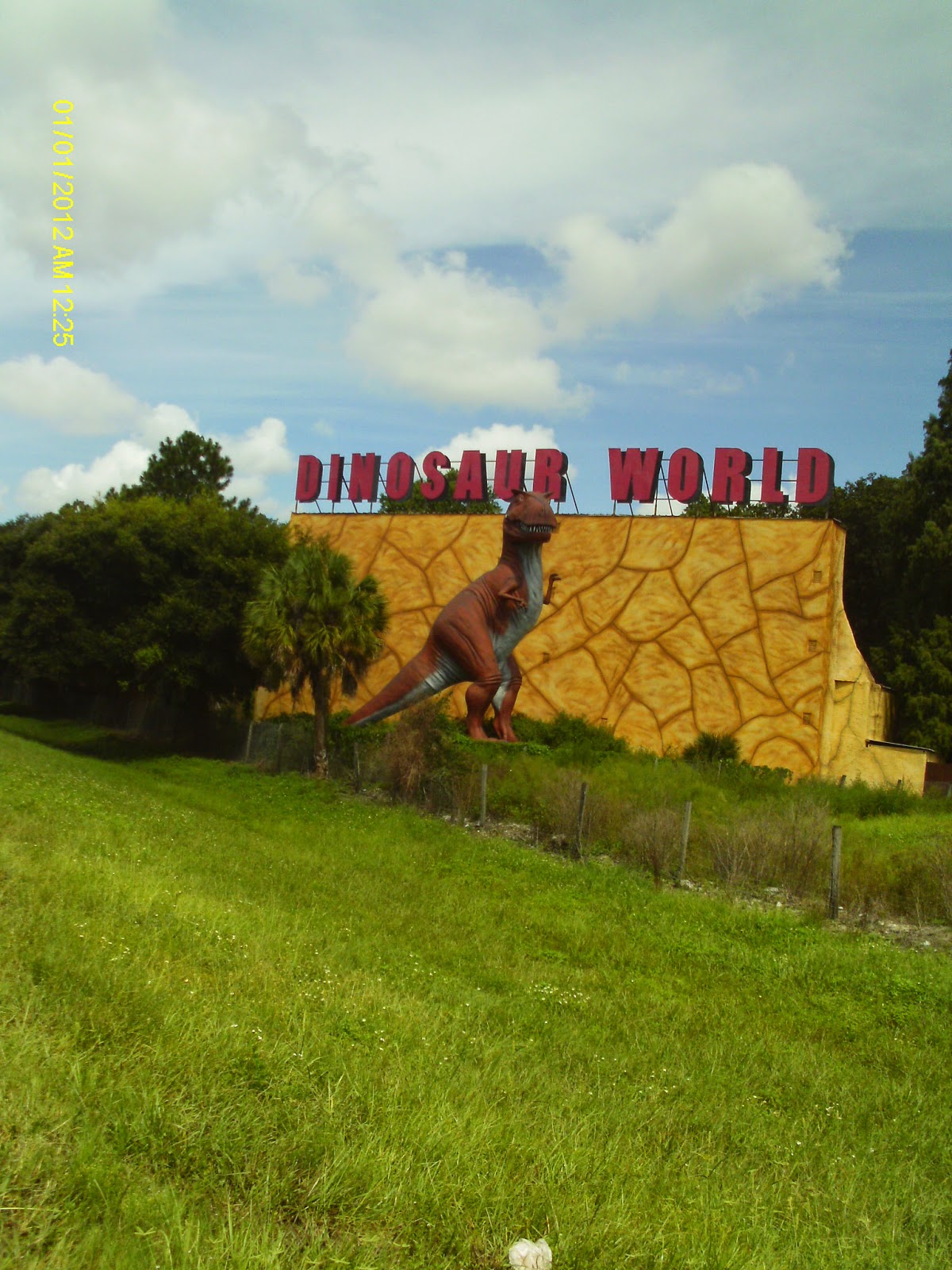 Certainly not Dinosaur World!  I suppose if I was 5 or 6 years old this would be a neat place to be with life size statues of long dead fantastic creatures.    It sits just off the I-4 highway and you can't miss it's big mascot sitting at the gates.


There is also a small winery in town which doubles as a craft brewery.  I've not had the beer but I've tried the wine before.  Frankly I was not impressed but was willing to give them the benefit of the doubt, and I've always been a hard cider fan as well.  I stopped at their tasting room, only to find it closed.  Considering I was riding on the bike, it was probably for the best.  Perhaps when I'm up this way next.

I just might pass that Franchise opportunity to a friend of mine that sells Chocolates.

All told, it was a good day out, a nice satisfying 75 miles (120.7 KM) where I was not rushing to work or had a particular destination in mind.  I'll take it.

Posted by The City Mouse in the Country at 1:40 PM

Now see that would be where I'd be hanging out after munching some strawberries!

You had me at strawberries and hard cider.

Glad you got out for a ride and were able to just take your time. It is nice to ride when you aren't on a timeline.