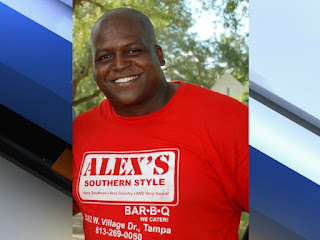 The Monday morning news spoke of an accident at Water's and Handy blvd.

I did not personally know Alex Cross.  I had a couple meals at his restaurant, Alex's BBQ, but I was more familiar with his charity work.   Every Christmas he held a bike drive, and had been doing it for the last 15 years.  Starting in September or October it was not uncommon to see a couple bikes in the store, not used...but brand new ones.

The number grew as it got closer and closer to Christmas.  From what I understand due to his generosity and that of his regular patrons at least 180 bikes were given out that first year.  Last year it was over 9,000.  Not only did they give bikes away, but the helmets to go with them.

The local business in the area hope to keep up that tradition.

When I ride I know I take my life into my own hands.  I have on all my gear yet physics always wins.  Alex, according to reports, had his gear on as well.

I've passed enough road side crosses, some are for motorcyclists...others for teens going to fast or drunk drivers or just someone unlucky enough to be in the wrong place at the wrong time.  It happens.

Susan always gets a call when I reach my destination safely, either going to work or elsewhere.  Another call before I head home.

Another friend, lost to me due to time and how our lives drifted apart posted something on the internet that frankly sounded like a call for help.  Somehow, someone got to her before it was to late.  I had not talked to her in a long time but I reached out to her tonight.

We are never alone, we all have our moments when we feel alone.  We all touch each others lives in so many ways.  I've been thinking about those connections lately....every time I pass a road side cross or deal with some idiot driver or when I work with one of my clients, and we talk about their plans for the future...and what they want to leave behind. 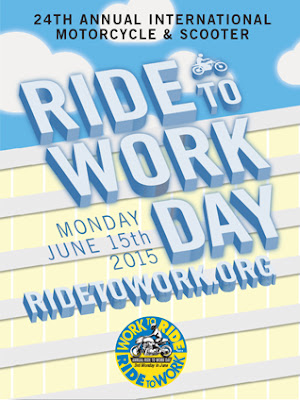 The National Ride to Work day is coming up at the end of the week.  I will be participating once again, now that the cable has be replaced on Kimmie and the battery has been fully recharged.

While it was a easy fix and did not require much, the front of the battery was not the issue but the back of the cable was acting intermittently.  I hope...perhaps against hope itself...that this problem is now resolved and we can get back to the day to day grind of the commute.

Still though, I will be concerned with the idiots, the smart drivers, other bikers....those roadside crosses can pop up anywhere, any time.

And I'll be a little more concerned about the connections I make, to be a positive force.  To be a little more like a big heart'd guy I never met...and maybe, just maybe I'll drop a twenty dollar bill in the donation bin the next time I have a good BBQ.
Posted by The City Mouse in the Country at 9:21 PM