Summertime...and the living is not that easy (an update).

I debated about what to write about this week.  A lot has been on my mind.  It's officially the first day of summer, riding season should be in full swing by now.  But truth be told I've not been in the mood to ride or been out on the bike that much. 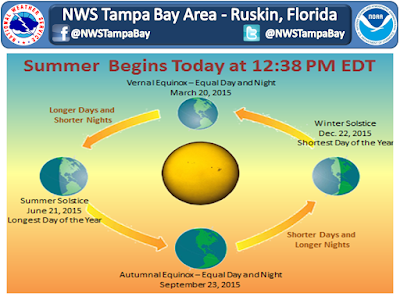 I've had a bit of a summer cold and the heat index has pushed it's way into the low 100+ degree range each and every day.  It's made taking the car, with it's air conditioned glory, all that more easier to justify.  I considered writing a post about riding in hot weather...but I've been off the bike - so I can't justify it.  Summer is also the rainy season in Tampa, and every night when I get off of work...it rains.  It rains on me.  It rains on me hard.

Plus, truth be told, I'm a little weary of riding Kimmie due to the issues I've been having.  The recent issues I've had with her electrical system have showed me how much I need to learn mechanically.  I also want to go further, and I'm not sure if Kimmie is the bike for me.  Touring is a dream right now...but one I wish to pursue.

Jacksonville is not that far, only three hours, and Daytona about the same.  Key West is a bit further.  I have friends that are a day away in places like South Carolina and Georgia.  Having a slightly larger machine, a more comfortable bike might make trips to those places a bit more feasible.  Having some knowledge in case of a breakdown only makes sense, and I've looked into where to get that knowledge.  The nearest "garage night" to me is in Orlando and by the time I get off to work (normally about 6:30 PM), drive the 90 or so minutes to Orlando and get back it late at night.  It's not worth it for me to do. 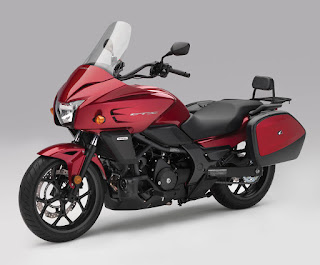 So...I ended up at a local dealership with stars in my eyes.  I have been looking at the Honda CTX DCT 700.  It offers the dual clutch option (DCT) which means it can be switched into automatic easily, and after being on a scooter for a while I like that idea.  I also liked that I was able to swing a leg easily onto the bike and sit on the bike flat footed with no issues.  The seat height is only about 28 inches.  Their was a used CTX (not with the DCT option) that had the bags already attached and a large Giva top box there as well.  All this is optional and more pricey of course on the new model.   I could get aftermarket bags, of course, to help keep the costs down.

And in the end that is what it comes down to.  While I would be looking at anywhere from a $70 to $250 dollar payment depending on what I wanted to put down, Kimmie's trade in value and my credit (good but could be better).  I'm still not sure if I want another payment - no matter how low it could be.

I've also read that the CTX has no "soul" - which is hard to define anyway.  I've also read it's a game changer in some respects.  I like the fairing which would make a ride in rain or cold that much more enjoyable (although my days of riding in "cold" seem to be behind me for now).  Sitting on it, I can say I felt comfortable, but not in love.

It's also not a trike or Can-Am, which I know Susan wants me to consider.  Of course the cost for a new fully loaded CTX DCT is about 11K.  The price for a new Can-Am is starts at $19,900.  It only gets more pricey as things like windshields and luggage is added.  Of course the Can-AM is also a bigger, more powerful bike.  Going used just makes a bit more sense.

While I've driven quads and similar machines, I've never been a fan.  So for now...I still have my beloved Kimmie...and questions that I need to find the answers to.
Posted by The City Mouse in the Country at 8:46 PM