This morning I woke up and Facebook told me that I bought a new Suzuki 4 years ago today.  Which I know is wrong because this very blog states that I bought Kimmie in February 2013.

I guess it's alternate facts for the reality we now live in.

So I owned Kimmie for just under four years.  I've been wondering if and when I'll be getting back on a bike.  A local place near me has a Honda NC700  which as my five to ten regular readers know I've had my eye on for some time.

I've not stopped in to ask about it, I've not climbed up on it...for the very same reasons I've stated before.  I made a promise.  That does not mean that I'm not tempted to.  Sue asked me about that the other day...and I told her my reasons again.

It's not fear of crashing or dying.  It's fear of losing those I love and care for.  It's not a subtle difference.  Still though when you see the biker across the way lean into that curve, a tree lined avenue where your transported back to when your a kid and you stick both arms up and out....your flying.

Riding a motorcycle they say is freedom, and I disagree.  It's about feeling connected to the road, the earth, the weather.  It's that mindfulness you have as you lean and feel the bike react under you....that being on the edge.  It's knowing that letting your mind wander....even for a second or two can result in an accident.

That's what happened to me.

I'm healing.  The accident itself was not that bad.  My gear did it's job.  My head is still attached and functioning.  My scabs are healed and other than a little pink area you would never know that I suffered some road rash. 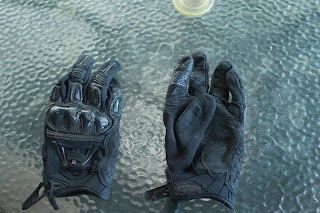 My wrists took the worst of it, and the strength is coming back in each of them stronger than it was before.  I still have my Fox gloves..they didn't even rip and I have every intent to never buy cheap gear again...if I ever do ride again.

Truthfully I think I will.  Just not now.  I want to heal, I want to get my small half-assed financial business off the ground first.  As of February 1, 2017  I can hang my shingle in the window so to speak  I am doing this in addition to my regular 9 - 5 job.  So no more Saturday afternoons off for a while.

No, I'm not going to start up a financial or insurance blog (although you can visit the website here).  I am planning a website but you have to get approval from the various carries and that takes forever and a day.  I'll link it when the time comes if your really that interested.   I have to smile however.  I worked in banking for over 10 years, then got sick of it during the Depression.

I literally argued with my boss over what we were doing and why it was going to end in chaos.  It did, I lost a 65K a year job and then spent the next five years pursuing my first love.  While my time at 3M was good, it ended badly as well.   Maybe...just maybe I'm better off working for myself!

Recently Sue and I picked up another delivery route which is under a 12 month contract, I was ready to let that small end of the business die but that contract alone makes our business twice as profitable.

I have 12 months of car payments on two cars and the largest debt I have is gone.  I will be 51 years old and completely debt free, at least till I need a new car.  My retirement plans may be moved up five years if this continues.

So its a question of time...and if there is any more bounce in this old bumble. 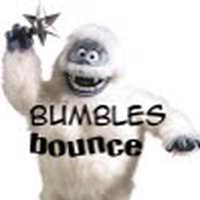 Posted by The City Mouse in the Country at 7:49 AM

I think there still is bounce to the bumble. The NC what year and is it an X or S version? You will know when the time is right to ride again or not. I get what you're saying and have had these thoughts myself. Good luck with the new venture!

I have been reclusive and did not know about your accident. So glad you are ok. Was your scoot totaled?

I can relate to your thoughts about not riding. Since I have become a 24/7 caregiver I have had similar thoughts, but for now have settled on what will be "my way" of riding my little scoot.

Gone are thoughts of riding a big scooter like a motorcycle in traffic, going here and there as if I am in a car. That style of riding to me is more angst and more dangerous now than I want to deal with. Urban or rural.

I have always been a cyclist, mostly on rail trails and bike paths through natural areas, free of car traffic. So with my scooting I will also continue the way I started 10 years ago: "ride it like a bicycle". Small scooter, hi viz, sparsely traveled rural areas, quiet residential streets, over to the grocery, as car free or controlled as possible. I am considering a hitch mount to haul it to rural areas for even more riding choices.

I don't want to give up riding, but I don't want to be out there riding like a car. People are just not looking now and I am not willing to become their target.

You will find what works for you!

Your business endeavors sound exciting! Happy for you in your new adventures!

I am retiring next month and thinking of Florida. I need to learn more about the best places to scoot, bike, nature gaze. I hate crowds and commercialism. So perhaps I will have some adventures too!

Keep us posted and best regards!

Glad that you and your significant other are doing OK. I'm in the Tampa area and know several wonderful scooter people towards the center of the state.

Once your plans are confirmed let me know and I'll be happy to put you in touch with them. I tried sending an email to you but for some reason I was unable to.

Good luck with the new venture!