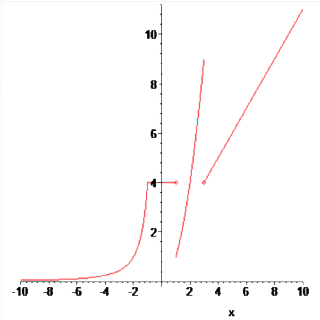 
Good.  Because this weeks little article involves math.  In particular, fuel milage.  Don't worry, it's not that bad.  A bit of simple basic adding and subtracting.  Multiplying and dividing, the stuff you should have learned in school if you were paying attention.

I wanted to conduct a little experiment.  I was curious about how much money it would cost me to go about 1000 miles, how much fuel it would take and a few other things.   One Thousand miles was just a nice round figure to use.

Now to be honest, this test was not conducted under strict scientific standards.  I was using the bike's odometer and not a much more accurate GPS device.  I should have filled up the tank with the same amount of and same type of gas each time as well.   I didn't do that. 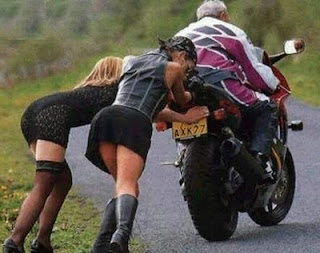 In the end I went over my 1000 mile test limit as well, mostly because I was on fumes with about 30 miles to go on my test (and about 20 miles till I got home at 1 AM in the morning) and decided that it was worth extending the my test some 230.8 miles - the distance my last fill up took me - instead of the possibility of pushing the bike home.

On average then I'm getting about 65 miles per gallon of gas.  Not great mileage, but certainly better than my car, which gets an average of 30 miles per gallon.  Even being an economy model it takes anywhere between $40 - 50 dollars to fill up  and I'm not going to get anywhere close to 1000 miles on one tank.  (edited: recent experience shows me that I should be in the 70 - 75 mpg range)

If I used my bike for nothing but commuting back and forth to work 5 days a week I would put roughly 1400 miles on the bike each month.  So for another $10 - 12 dollars I have my monthly gas budget.  Let's call it $100 just to be safe. 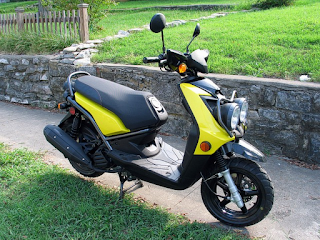 My old Zuma 125 used to have even better gas mileage and was in the 75 to 90 mile range per gallon.  Of course it was lighter and had a smaller engine as well.  It was great for when I lived in the city, not so good for living out in the middle of no where and needing to commute 35 miles one way each day.     The smaller 50cc bikes are capable of getting 100 plus miles per gallon.  But in return for the higher mpg your sacrificing speed, and frankly in my mind at least, safety as well.  That choice however is yours to make.
Posted by The City Mouse in the Country at 8:30 AM

Interesting. I did the same thing with mine when I first decided to buy it and figure out how long it would take for it to pay for itself. I ended up using a Android app Fuel Log. It made it easy to figure all the stuff out and even outputs graphs so you can plot things like fuel prices and cost per fill up. The app came in really handy when I found my fuel millage was dropping to let me know that I was running a little rich.