Friends of mine up north post pictures of the first snowfall of the season on Facebook and other social media sites, a few of them put the bikes up for the year tucking them away in garages and sheds.  A few more hang on waiting for one more weekend, one more day to ride. 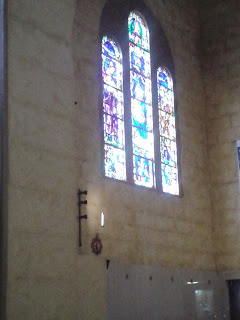 I used to dread the coming of winter, the dying of the light.  The snow, the shush, the endless days of darkness.  Christmas provide some respite against the dread.  New Years and the Super Bowl a bit of joy to hold off the depression.  Still though, I felt my soul deaden during the winter months.

In Florida, winter is a different beast.  The days are still shorter, the air cooler...but the dread is gone.  Winter is the time I open up the house, get the yard work done that was put off all summer due to the heat and rain.  The seasons are flipped here.  Riding, which during the heat of summer can be a miserable affair, is easier and more enjoyable.

Sadly this weekend and last my riding has been confined to the usual commute, the odd meeting and a rather fun though cold jaunt with Susan on the back to a place called the Abby, where we were meeting some friends for lunch.

It was actually part of the golf course next to St Leo University and the Benedictine Abby.  I wanted to go down a bit early to get pictures of the place, Roadside America for example mentioned the unusual statue of Lady Liberty being carried by soldiers located on the campus of St Leo, and being someone who is attracted to the odd and unusual I wanted to see it.  The nearby Abby proved to be much more beautiful than I expected. 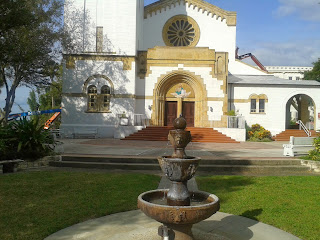 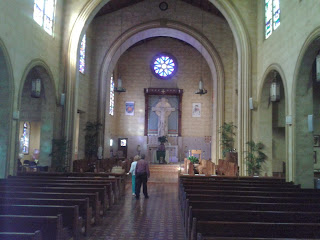 Other than that however I didn't do much riding.  Over the weekend I needed to catch up on my yard work and personal business efforts.  We are still looking into a new business venture and due diligence had to paid there.What I did do however was a lot of thinking as I put down weed barriers and mulch against the back fence to create a little sanctum.

This thinking was brought on by an interview I heard with author Allie Brosh who writes the Hyperbole and a Half blog.  In the interview she mentioned that as a 10 year girl she wrote a letter to the 25 year old woman she would become.

It is an interesting idea, this idea of wondering who you will become.  Would the 32 year old me have believed that I would be living in Florida and riding a motorcycle? That I own my own business and considering starting a second?  Considering at the time I was working in Charlotte, NC and making good money as an engineering tech.  At that time I was happily married. Would that person would have guessed that at 47 he would live in Tampa, Florida.  Been divorced, remarried and seperated in that 15 year time frame?  That he will live in 3 different cities since then, undergo a bankruptcy, depression and nearly crippling loss?  What changes will happen in the next 15 years?

Will I still be riding?  Will the joy be the same when I find an unmarked road that takes me to places unknown.  Will I have stretched my proverbial legs and traveled out of state?  Will this business venture pay off?  Will I still be with Susan?  Still in my home?

Some things are constant.  In one form or another I have always wrote.  Always dated woman that love to cook.  I have always had that wanderlust.  These things help define me.  No matter what the future holds...it's going to be interesting.

Posted by The City Mouse in the Country at 1:53 AM