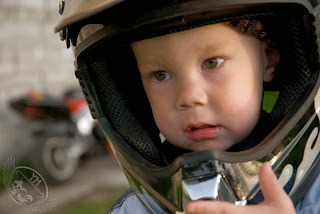 I saw the younger version of me today.

He was riding a little 250 Honda Rebel traveling the same route I take day in and out.  He was wearing a new helmet, a heavy jacket which was not designed to protect him in case of a fall...but it kept him warm.  He gripped the bars in a death grip, looking about.  I noticed his tentativeness in taking a turn.

I sat behind him in my full "official" safety gear.  My hands loose on the bars and I don't even think about the turn as I make it.  I've rode this stretch of road hundreds of time now, the lean angle is part of my muscle memory now.  Its curious how far I've come.

Will this young man fall in love with riding the way I did?  Will he put thousands of miles on his bike with the hope of putting tens of thousands on it?  I know the little Honda Rebel is a "starter bike" for many.  That within a year or so he'll desire more power, more speed.  I wonder if he'll end up with a closet full of helmets and jackets like I have.  I hope he does and like me, wonders how the hell he ended up with all that gear.  I hope he commutes on the bike, I hope he tours...I hope he falls in love with the road.

A lot of my friends on Google +, Facebook and blogs like this one have talked about being Thankful for various things.  It's the end of the year, the time I generally crawl into my brain and look back over the year...seeing where I was and where I hope to go. I don't make resolutions, I set goals.  I set goals of what I want to accomplish.  This coming year is simple.  I want to figure out how to buy that restaurant that Sue and I have been talking about for some time (10% off your final bill if you mention my blog). 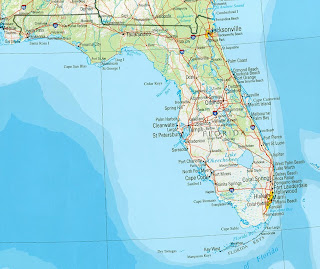 I want to ride to the other side of Florida.  I want to take Sue on the back of the bike and head off somewhere for the weekend.  We have talked about taking a few days next year and go to Key West.  I'm hoping to get some secrets on good places to eat and see from Conchscooter.    I will be home in Pittsburgh in April for at least a week and a half.  I don't know how yet but I want to go riding in the hills.

We are slowly becoming friends with another couple that rides, and we may end up riding with them a bit more.  Only time will tell.

I want to ride the Green Swamp trail again, taking the more Northern route this time.  I hope to do that this Saturday if time and tides align.  I need to make the time, I must make the time.  I must ride.


Posted by The City Mouse in the Country at 6:29 PM