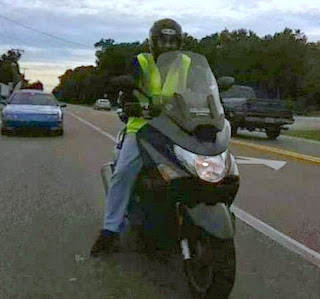 I'm stealing this idea from Scooter in the Sticks, who stole it from Princess Scooterpie.  Basically, they wrote a piece about how riding changes you.

Lately I've been giving a lot of thought to changes in my personal life, but that is for another blog post at another time.  My personal life of course, leaks into this blog.  How can it not?  Generally speaking however, when I write a blog post, I try to just concentrate on my riding, my hopefully improving skills as a rider and the adventures that I have.

I started riding for a variety of reasons and frankly none of it was to explore.  Explore I have however as my bike has taken me to places that I would not have seen other wise; down roads that have surprised me with amazing beauty and odd little things that only exist if you go looking for them.  I've always enjoyed exploring. 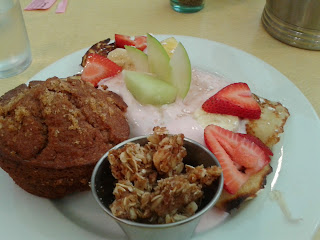 I don't have a lot of friends.  Even fewer that ride.  I've always been the loner type, I'm not a joiner.  I've always felt a lot more comfortable in my head.  Yet I've found myself going to the Bahama's with people I didn't know to ride, simply to state that I've rode in another country to be truthful.  Or heading out to a restaurant to meet other scooterists.  Or as part of a ad hoc group of riders going down the road.  The three or four of us, each of us never speaking to each other, but forming a chain for mutual visibility and protection.  An unspoken bond of the motorcyclist.  The brotherhood of two wheels. 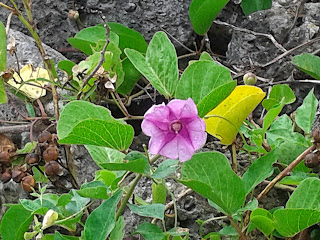 For me, the old mill with it's historical marker or horse in the field is interesting.   I rarely stop and take photos though.  I guess I would rather let that moment seep into my memory.  Not every photo I've taken ended up in this blog.  Nor has every moment or memory.  Like that time I nearly hit a car because I was more worried about checking the lane next to me and I took my eyes off of what was in front of me.   Or that time a distracted driver barely managed to get around me, ran the red light and somehow made it through a busy intersection unscathed.  Most times, the roads I ride are boring....and I've learned to keep my head on a swivel.  I've learned to be that much more aware of my surroundings.

Its okay to stop however, to read that sign or admire the flowers that grow along the roadside.  Or even to view the storm as it moves in across the bay.  Not for to long, but just long enough to remember that nature is more powerful and beautiful than we mere mortals will ever comprehend.  I've yet to find a writer that can describe that feeling of the sun shining down through the trees as we ride through the beams of light.  Perhaps it's not meant to be described.  I'm okay with that.  Riding teaches you to be humble.

Not a bad lesson to learn. 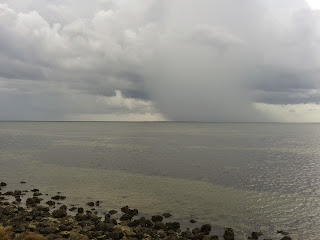 Posted by The City Mouse in the Country at 9:22 PM

So weird, i posted a comment when you first posted this and i think G+ ate it.

I think when I switched back over to the old comment method I lost all my G+ comments.

Has riding change me? I'd say yes. My crash changed me, physically (may have to have some oral surgery soon), mentally and mature-wise. My new scooter has changed and challenged me, making me feel I have both come of age, and still know nothing. My love for riding and scootering has been renewed. I've become active in a local scooter group in Philly, one that both deals with and challenges the PPA (Philadelphia Parking Authority), the same institution that had it's own reality TV show.

The PPA has implemented parking corrals for scooters and M/Cs across the city, but a policy that has many flaws and advantages. I'm documenting and surveying all of the corrals in the city, with the hopes the information will affect policy changes and improvements.

My new scooter has expanded my riding horizons, allowing me to look at the possibility of going anywhere, from a trip to the Jersey Shore to possibly Canada. As a filmmaker I'm considering making a documentary on my rides. Last, riding is now part of my marriage. There was a lot of resistance from my wife when I first began riding about 5 years ago. She loves it now, often being the one to kick me in the butt with a request for a ride -- scooter therapy, as she calls it, just to get away from things. With a bigger scooter and more storage we're looking at longer day trips and places to visit. In a span of three months since my crash I've gone from scooter commuter to traveler. From rider to activist. I'd say riding has changed me.