Waiting on the Hurricane

The first Hurricane to hit Florida in eleven years was a bit of a dud.  Well it did some damage and resulted in flooding and at least one death...it was generally considered to be more of a nuisance than anything.

Living an hour away from the coast like I do, we were spared the flooding although I did have some minor damage to the fence that surrounds where I live.  Other than that, we had some trees get damaged in the wind and a few people I know lost power.  Generally speaking however, Hermine was no where near the treat that the local news made it out to be (WE'RE ALL GOING TO DIE!!!!). 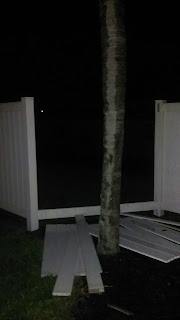 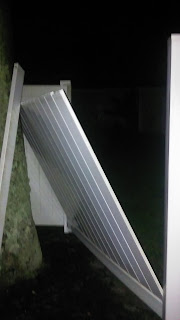 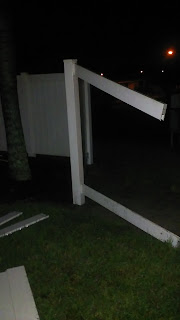 As I sit and write this on a slow and lazy Saturday morning the rain pours steadily down and we get a thunderstorm or two, but the worst of it is over, and we are still standing.  I hope to get back on my bike sometime tomorrow or Monday, although Tuesday will be the most likely date.

So I'm trying to relax and recharge the batteries.  To catch up on TV programs that everyone tells me I should be watching (Stranger Things on Netflix and Mr Robot on USA Network come to mind).  I would rather catch up on my reading.  I recently picked up "Now I sit me down" by Witold Rybczynski and frankly I will never look at something as mundane as a "chair" again.  It's a book I highly recommend.

I catch up on the blogs that I've been wanting to read, the podcasts that I want to hear....my curiosity will be sated for a few days.  I've already updated the "riding" links to this blog for example.

Sometimes you need a three day weekend to just "rest."

Posted by The City Mouse in the Country at 11:07 AM

I am glad you guys weren't hit harder by the hurricane.

Long weekends are good weekends to just sit and recharge. Work is always waiting for us on the other end of the weekend.