An open letter to the Republicans 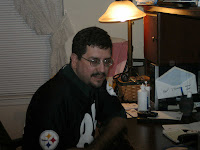 I have to be honest...I debated long and hard about writing this.  After all this blog is about my adventures on a scooter.  It's not meant to be political, but lucky for me its not going to be read by a lot of people.  This little article will probably going to get me a few more readers, and lose me a  few.

That's okay.  A writers job is to put ideas out there, letting the chips fall where they may and hope that someone might gain a little wisdom out of it.  I am far from a political expert.  I am a dyed in the wool Democrat that votes Green party in the local elections.  I don't even consider myself a writer (much less a good writer) but you get these ideas in your head that just won't go away and need...no, demand to be put down on paper - even the virtual type.

So I watched the results come in, I listened to the experts and reviewed the trends.  Here are my thoughts on what the Grand Old Party needs to do to moving forward.

First though a word on responses...and I'm sure I will get a few.  If you disagree with me that is fine.  Be angry even, just be intelligent and think through your argument.  I don't agree with everything the Democrats do and say...neither should you with your party.  If your rude, ignorant or otherwise abusive then your argument will never see the light of day.  My blog, my rules.

1)  Compromise is not a bad thing:

Anyway you slice it, the deficit needs reduced.  It's not one parties fault or the other and both parties are guilty of ridiculousness amounts of spending.  While austerity is certainly not the answer, we need to cut programs all across the board.  Taxes will need to be raised...and guess what.  Most Americans feel that the rich should pay more.  In some European countries the rich have actually asked to pay more.

Cut the Military, cut SSI, cut funding to Big Bird, raise taxes.  Believe it or not that is going to make the country stronger.  Believe or not the country was founded on compromise.  The all or nothing mentality that, from my point of view, has affected the Republican party needs to change.  You can still keep your principles but your going to have to budge.   Otherwise we on the left will continue to paint you as "a party of NO" and as "a party for the rich."

Is that a battle you want to fight?

This ongoing clash about the moral backbone of America is pretty much over.   In the most recent election, several more states decided to legalize gay marriage.  A couple more states legalized pot.  Here in Florida amendment to ban state funding for abortion was defeated soundly.   Abortion has been legal since 1973, and two generations of woman have grown up with it as a accepted part of their life, although I understand the moral, religious and ethical arguments against it...it is the law of the land and many woman consider it a "right."  I think you would be better served by changing outdated adoption laws for example as a way as an alternative to abortion.

The ethical, moral and religious argument against gay marriage is going to lose.  It is basically the same argument that was used to keep blacks and whites from marriage.  The same that kept Jews from marrying Catholics.   Guess what happened?  Guess what is going to happen?

I am not a pot smoker, but I will not lie and state that I have had a few brownies in my day.  Hey, I was touring with the Dead OK?  Federal law needs to change concerning pot.  Guess what, there is a chance to compromise.  Legalize it, tax it and create a revenue stream that may save you from raising taxes.  The drug war is simply costing to much and taking up to much of our resources.  This is one small way to make some revenue and reduce the cost of that never ending war.

Religion does not play that big of a role in American day to day life anymore.    When you have 30% of Evangelical Christians voting for Obama in Ohio you know you have a split in the "Christian Right" voting block.  Americans are moving towards the practice of a "individual spirituality" and away from of any organized religious group  The party has to open up to other voices other than "Christian."

3)  Tone down the hate.  Bring the radicals back to the center.

I have a friend that I have know for over 25 years.  I've considered ending my friendship with them because of the bile and hate that he spoke in this election.   It boggles the mind how a otherwise educated and caring individual can be so....miserable 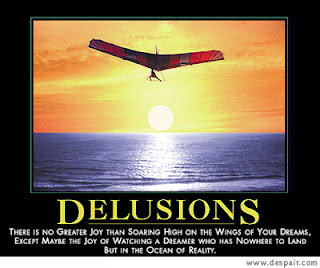 It would be easy for me to blame Fox news.  It would be easy to blame Rush Limbaugh.  The truth of the matter is this.  Right now...the Republican party has managed to alienate Woman, Hispanics, Blacks (who are admittedly hugely Democratic to begin with), Muslims, and the Homosexuals.  Is it any wonder that Democrats have won the popular vote in four out of the last five elections?

This alienation goes deep into the heart of the Republican party.  To an outsider like me, watching the Republican party's treatment of Ron Paul spoke volumes.  Here was a guy that was creating excitement in young people.  Here was a guy that spoke his version of the truth consistently for his entire career.  He was seen as having integrity by huge numbers of people (including those of us on the left).  In ignoring his voice, in ignoring the voices of his young supporters you managed to drive them away.  I've not seen any exit polling for his supports so I don't know if they voted for Romney, or even voted.  I would not be surprised if they didn't vote at all.  Why would they vote for a party that left a bad taste in their mouths?

In using such a large brush to paint all Muslims as bomb toting terrorists you managed to make reasonable voices in that community a minority.  How many of us know Muslims?  Are friends with them?  Work with them?  Same issues with Homosexuals.  There is evidence that Hispanics would have voted Republican if the party would have pushed for immigration reform and not made them into scapegoats

Right now your party stands at a cross roads.  What your party does in the next two years, the next four years will  be interesting for a political wonk like me to watch.  I don't think your ready to go the way of the Whigs I do think your party needs to do some serious soul searching.  What does it mean to be "conservative" or "Republican."

I am waiting to see.

Posted by The City Mouse in the Country at 10:51 AM

Agreed, Robert. And a big handshake from me in Wisconsin. And "my" state has a lot to be ashamed of- Paul Ryan? Please.....

As a former (and now) long term unemployed I watched the GOP vote down extensions of unemployment for the "99ers" over and over again.

People losing everything in the recession and not one shred of compassion.

I found this article interesting and I think it relates to your post. The article is titled The Real GOP Fiasco: Fairness.
http://www.theamericanconservative.com/the-real-gop-fiasco-fairness/

I agree it will be interesting to see how the next two years play out.
~Keith