Baby Steps - in response to another blog

When I first decided to ride I knew there would be some issues.  Some costs and some things to overcome. I sometimes wonder if my getting a motorcycle was purely due to economic reasons, or was it something called a "mid life crisis."  Rather a bike than a blond I suppose.

I've piled up the miles on my bike running back and forth to my job, the sometimes odd errand and occasional ride over the hill just to see what's there.  I would not say that I've become a motorcycle enthusiast but I understand why people are attracted to this sport.

For me, it's nice to not have the distractions of a modern day car, GPS blaring turn here or there.  Radio blasting some forgotten song or useless top 40 bubblegum crap.  It's me, the road and my brain and body engaged in a simple dance.  Pay attention to that turn, is that a deer?  What is that moron doing? 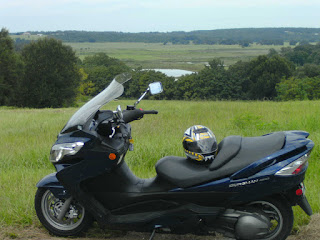 That fact that I am thinking about dropping $1000 dollars into a machine who's Kelly Blue Book value is about $2500, just so I can get a few more years riding out of it speaks to my commitment I think.  I am in love with my machine.

Another blogger, Doug over at Forty Years on Two Wheels, recently wrote a wonderful piece about the death of smaller cc motorcycles.   I know for me, I started off on a small Yamaha Zuma 125 before moving up to the current 400cc Burgman.

His argument, and I fully agree with it, is that one of the reasons there are so few new riders is that the market is full of bigger bikes.  Part of this I think is the American mentality of bigger is better.  Part of it, I think is that a lot of people think your going to be bored with a smaller engine and will want more speed, more power in six months (I certainly heard that argument).  That there is nothing for the inexperienced rider out there. 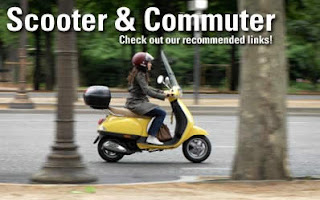 On that part at least I disagree.  Scooters are the fastest growing motorcycle in the US today.  They have the "twist and go" transmission.  The lower cc and lower costs along with fantastic fuel savings (80 - 100 mpg).  If you read my blog for any length of time, then you know that I consider the small 50cc scooters so common on urban streets today to be more dangerous than anything else.  For example, here in Florida all that is required for safety gear is eye protection.  No helmet (unless your under the age of 21) or other protection in needed under state law.  Hell, you don't even need a license if the scoot is under 50cc.  Which I've actually seen used as a sales pitch.

Well I'm glad to see people out and about on these things...your top speed is MAYBE 39 MPH.  Lets' be honest, no one obeys the speed limit.  So they will either not see you, or see you and go around you, or your just going to piss them off.   If your going to ride, ride something that will get you up to the speed of the traffic around you.

My point is that there are smaller bikes out there.  The problem is that they are not "motorcycles" I guess.  The only major motorcycle manufacturer that I know of that makes a smaller bike is Honda and the their iconic Rebel.  I say iconic because everyone that takes a motorcycle class seems to have learned on one.  (UPDATE - Suzuki will have several 2013 models at or under 400cc.  It remains to be seen if they will be readily available).

Hyosung, a Korean company, also makes a 250cc which is much sportier than the traditional looking Rebel. I'm not that familiar with the brand or the make but with a starting price of around 4K for a new bike it's certainly something for the new rider to consider.  All I can tell you is do your research.  SYM is a Chinese based company that makes smaller cc motorcycles as well, but I've only seen scooters imported to the states, I could be wrong.

I'm still not sure why new riders, and older traditional motorcycle riders are afraid of scooters.  No not afraid, that is the wrong word...skeptical of scooters.  I actually came across an article in some motorcycle magazine arguing that that future in the industry was going to be Trikes.  Because the population of bikers was growing older.  That attitude needs to change (says the man that would like to eventually upgrade to a trike).  The step-through would allow those with leg and back problems easy access to the bike.  A bike like the Piaggio MP3 actually does not require the rider to put a foot down when stopped due to it's design. 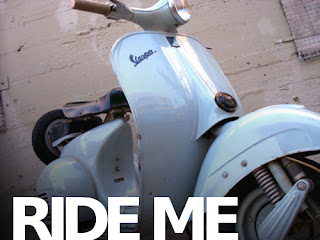 Right now there are a lot of riders out there on little 50 or 125cc scooters.  They are going to want to upgrade someday.  If the industry wants to grow, wants to attract the woman, the young urban professional then they need to offer something that actually works for them.   Bikes in the 400CC range would be perfect I think.  Quick enough for the freeways and nimble enough for the city.  Great for a weekend away.

I think it's slowly changing...the market will grow due to the coming pressures of higher gas prices, continued urbanization and increasing population.  It's going to be interesting to see how the industry reacts to these changes.
Posted by The City Mouse in the Country at 9:08 AM

Interesting article, but I have to disagree in some respects.

I've been riding 49cc (rural and suburban) for 5 years now, and I do think little or medium sized scoots have their place in peoples' lifestyles and in their hearts.

Certainly they do not have a place on some highways and that is why owning TWO scoots is one of my future ambitions here in the next riding season.

I am glad there are all sizes of motorcycles and scooters to please all sorts of desires and riding conditions.

That said, I do believe that there are some limitations for both small and large bikes.

This is where rider smartness needs to come in along with common sense, which seems more and more to be less "common"! LOL

Ride safely, no matter what you're riding, is my attitude.

I agree completely with your post. I think there is push pull in the riding community particularly with their concept of scooters and smaller bikes. Unfortunately when you talk about scooters with people who ride motorcycles there generally are groans and grimaces and then talk about bad driving. I feel this is strictly due to 50cc scooters and the lack of proper licensing and training required for these little cc bikes. I think scooters are here to stay and I can certainly see myself riding one again in the future.

Its funny after learning to ride on the little 50cc and then moving up to a larger motorcycle 500cc I have heard and engaged in the topic of scooter versus motorcycle. Honestly you can not beat a scooter for its urban commuting capabilities with storage and twist'n'go. I think if I had originally bought a larger cc scooter I never would have ventured into the motorcycle world, but that being said the larger cc motorcycle has allowed me to travel greater distances and keep up with traffic. I am at this point seriously considering getting a scooter 200-400cc for commuting. I don't ever think I will go any higher than a 500cc motorcycle/scooter either as it is all the power I need and I don't speed so don't really see the need to go for a 'monster' bike and I have never understood the bigger is better mentality. As for the trikes, not my cup of tea, I would rather have a motorcycle with a sidecar.

I think there are lot of reasonable (small displacement, lightweight) bikes out there for beginners (check out http://www.chuckhawks.com/good_first_motorcycles.htm) for a quick beginning list of makes from Honda, Suzuki, Kawisaki and more... For me the Bergman's platform required a longer leg length and I didn't quite feel comfortable riding it (though loved the storage capability)so I started on a 250 Suzuki - it was lightweight, easy to handle, kept up to highway speed and I loved it (even did some long distance touring on it.) I believe - there is a bike for every rider, you just have to find the one that fits (I've even seen a Harley with training wheels - I met a rider who because of age and illness didn't have the strength to hold his Harley upright, and the wheels were just the bit of support he needed - he never gave up!) Doesn't matter what you ride - just ride!

I've been pleased to see an increase in smaller bikes over the last couple of years. Honda has added the R250CBR, a bike I almost bought instead of my Kymco People 250S. Suzuki is adding a standard to its TU250. And, Kawasaki has retooled its baby Ninja. All of these are interesting bikes. Actually, it is the small displacement market that is growing the fastest at the moment. There seems to be a change happening to the bigger is better. I've noticed experienced riders downsizing. Why? They tell me it is more fun to ride the smaller bike. The next few years could be very interesting.