Jax again...cold beer, bad food and a surprise in the middle of nowhere

The problem with business travel is that, for someone like me that likes to explore and eat and drink from the local establishments, your not always able to do that. 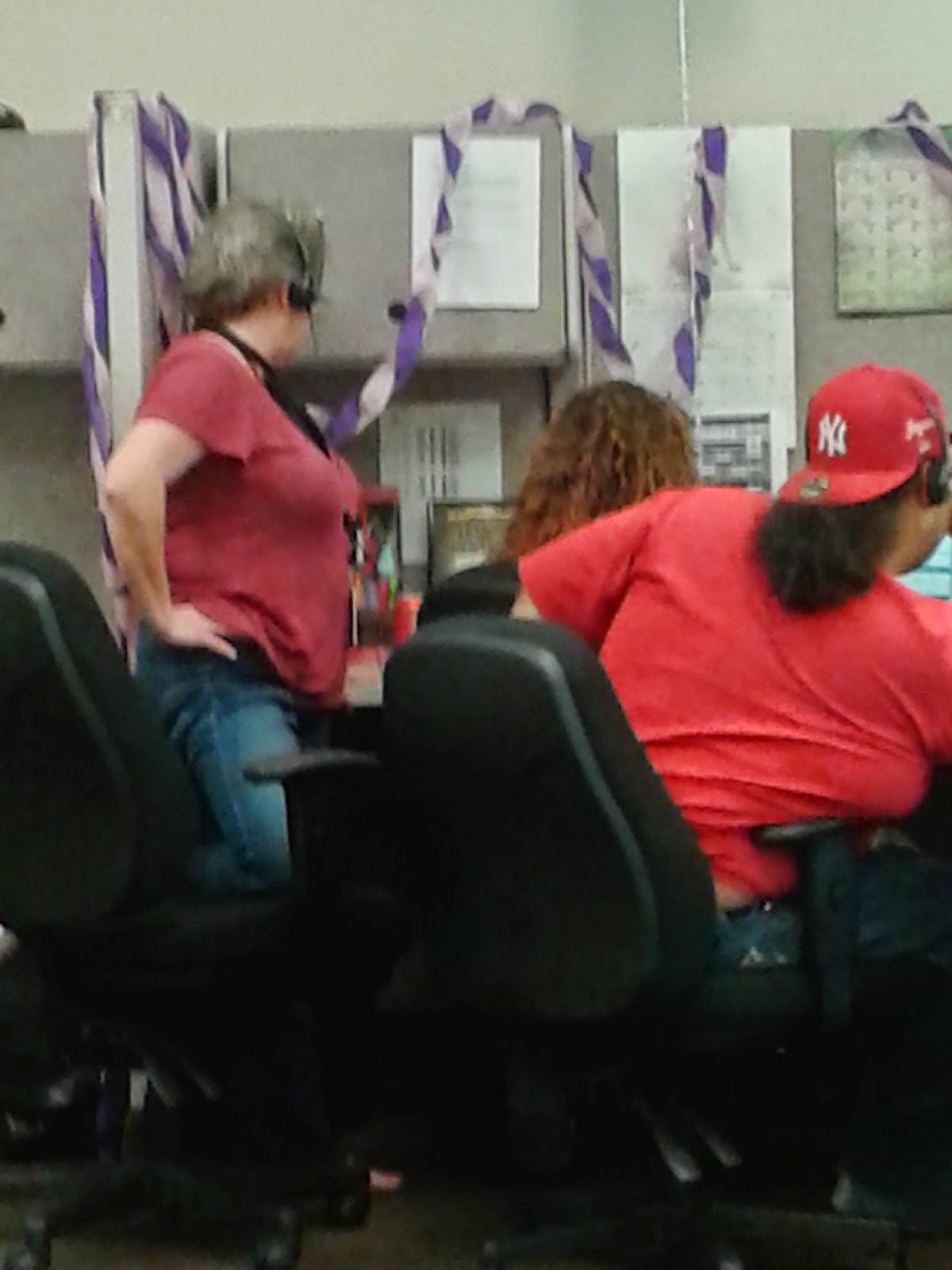 When I was in Jax, as the locals call it, last time I was working from 4 PM to midnight or so.  I was able to get out to the beaches, the museums, listen to live jazz music while sipping wine because I didn't have to show up to work till later.  This time I was mostly working days with small groups of two or three people teaching them the in's and out's of our difficult but important job.  This shift was really not conducive to getting out and exploring the city.  Which was a shame because I like what I've seen of Jacksonville.  I like the ocean and the history in nearby St Augustine.  I like that Jacksonville seems to be a city just on the edge of defining itself.

I like that I found a pretty cool place called King street that had some funky little restaurants and shops on it.  One place, called the Silver Cow, impressed me so much that I know I would be mentioning it to all my beer loving friends.  Beer and wine tasting has always been a passion of mine.

What is it about small hole in the wall places that attract me so? The Silver Cow had nice semi-modern art on the wall, tin type on the ceilings and an old wood bar and about 25 to 30 craft beers on tap.  Including such oddities as Barleywine.  Sadly their menu selection left a lot to be desired and by the time I reached them the kitchen appeared to have been closed.  I missed the live jam session they had the previous night with local musicians that apparently spilled into the street causing an impromptu dance party on the sidewalks.  Yea, my kind of dive. 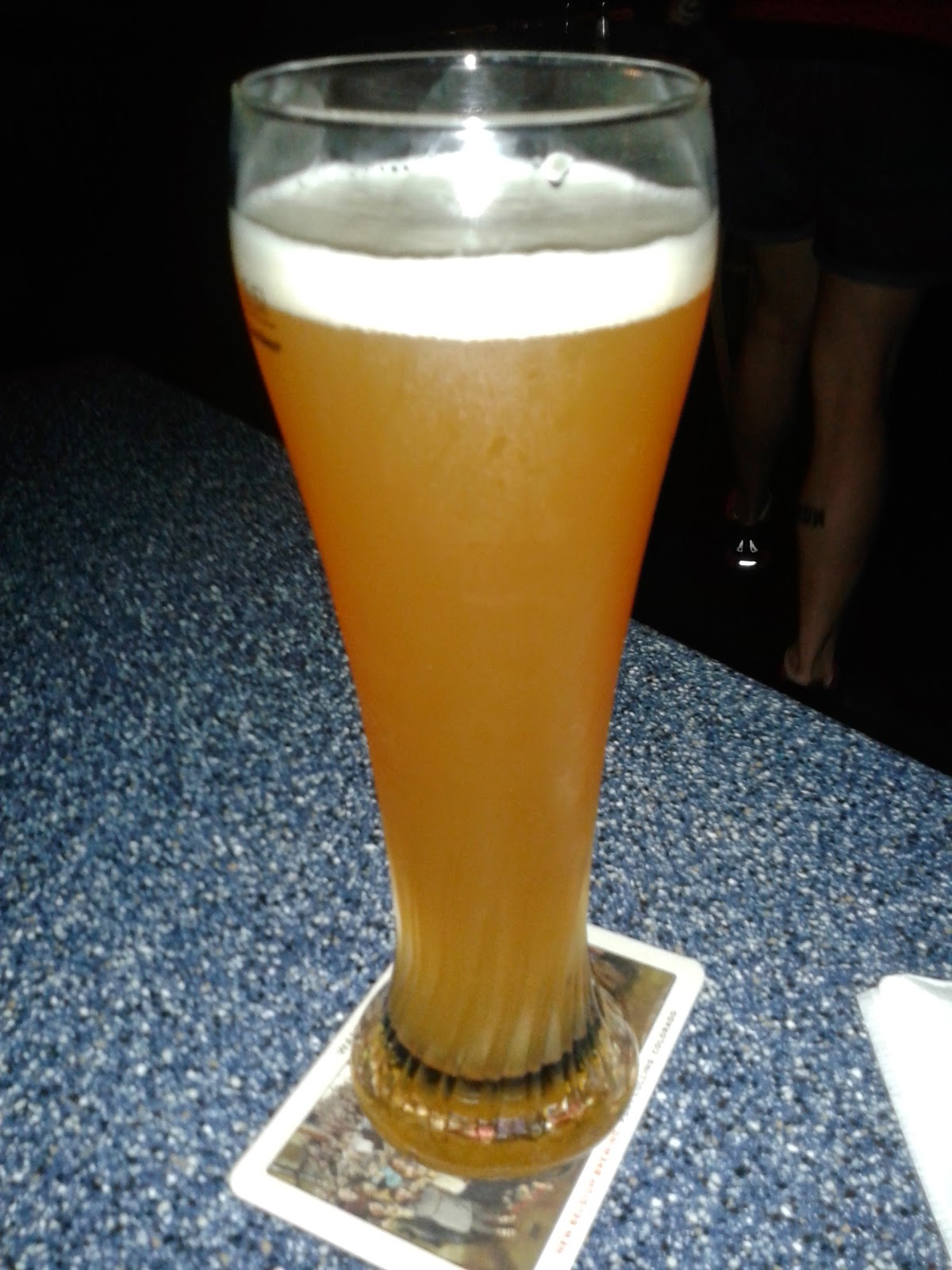 The next night it was recommended that I try a place nearby called Kickbacks Gastropub.  I'm always up for an adventure and was told that they had a very good beer selection and  a nice menu.  I should have guessed by the hipsters hanging outside this wasn't the place for me.  I've been friends with musicians and artists for most of my life.  You develop an eye for "posers", they are generally the ones that develop a certain look but either don't have the talent or the desire to put in the hard work needed to actually develop a talent.  This place seemed to attract them like a moth to a flame.

I ordered the french dip and...do you know how hard it is to screw up a french dip?  Somehow this place did that.  At least the beer, in this case a nice 22 oz (65 cl German Hefeweizen) beer was cold.  Yet the beer list left a lot to be desired.  I was expecting some unusual brews, not the same stuff I find in any restaurant anywhere.

At least the night was warm and I managed to find a nice little tree filled park with a bird island in the center of it.  I meandered past some good street art and gardens, past old southern homes built in the 1950's that the locals still took pride in and some interesting people. 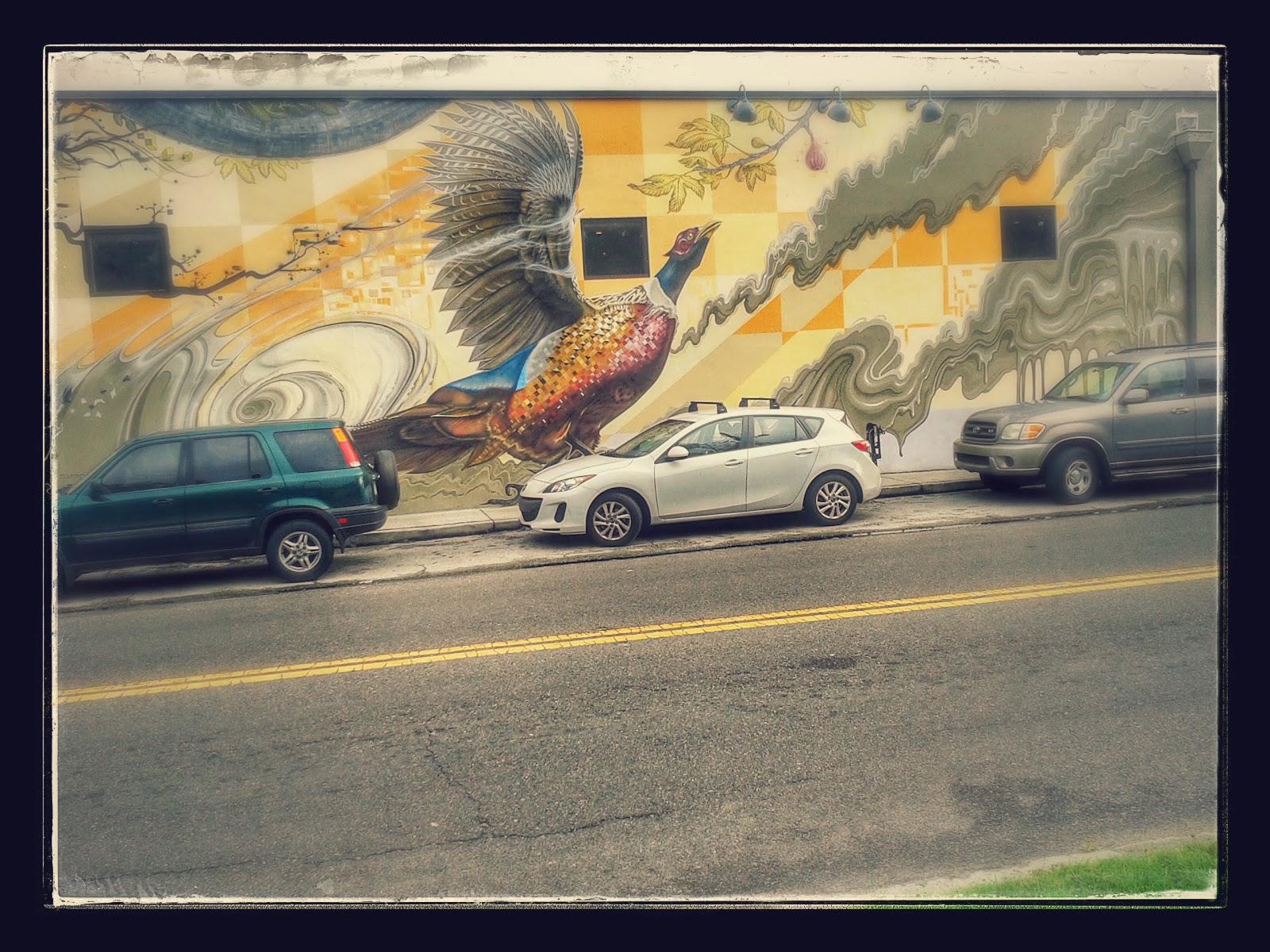 A long time ago on  Back Road Motorcycling Riding, I read about the Yearling Restaurant located in Cross Keys, Florida.  It seems that this odd little place was influenced by Pulitzer Prize winning writer Marjorie Kinnan Rawlings, who made her fortune from the novel; The Yearling, and whose home was nearby.  The menu features local game such as venison, quail, gator, turtle and duck.  I've had all these dishes before and have been wanting to stop every since reading the original blog post.  Sadly the lunch menu only offered venison so I simply had to settle for the best blackened shrimp that I've ever had.

Although I have to admit that the outside is a bit....daunting.  Getting there can be an adventure because frankly it's in the middle of nowhere and just to the left of bumf*ck.  However it was on my way home so stopping was never in question. 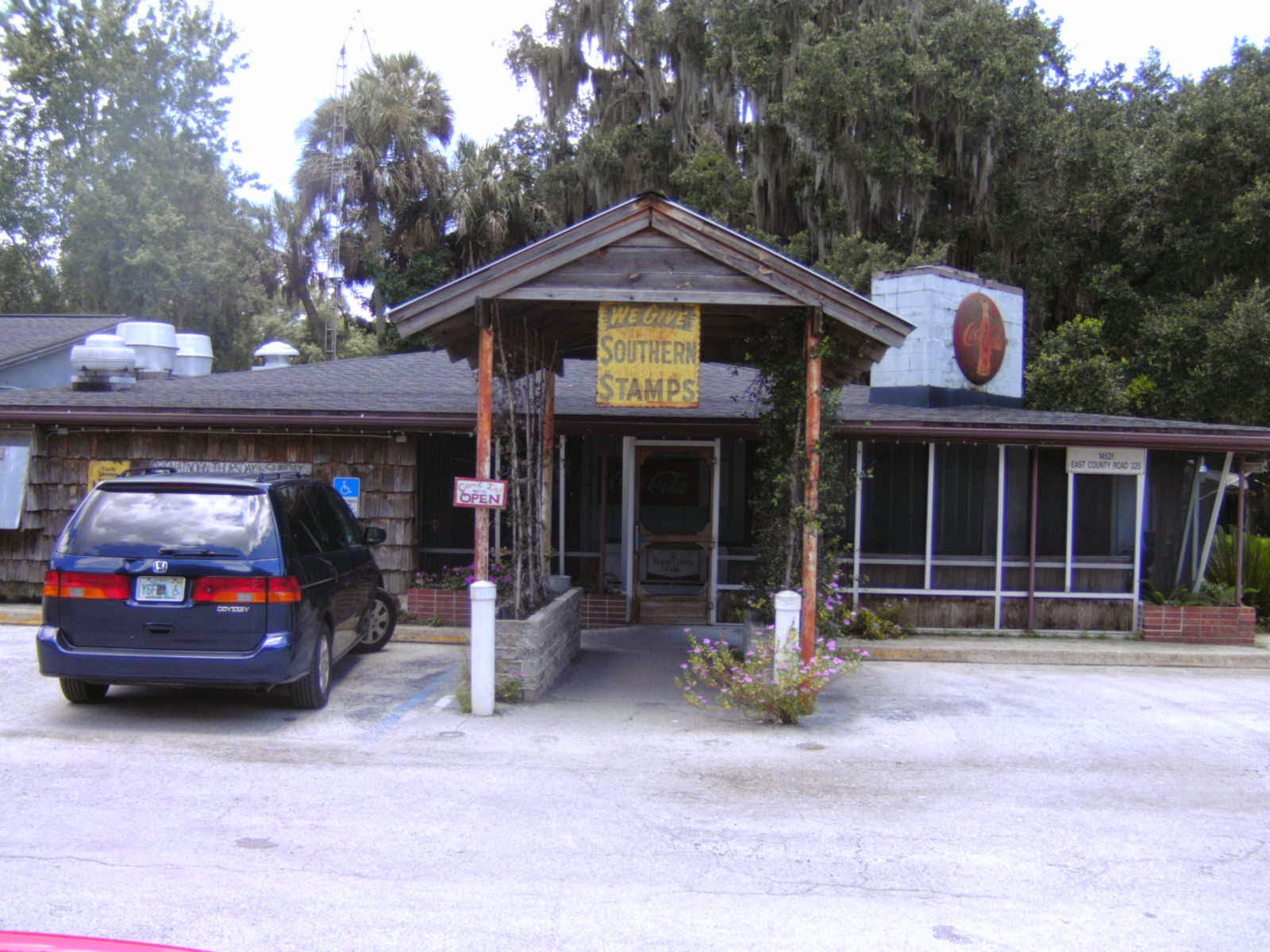 When I walked in I heard the rich baritone of an elderly blues singer that reminded me that art and a woman's love are worth selling your soul to the devil for.

Old books and antiques covered the walls and created a warm welcoming atmosphere.  Pencil art and aged yellowing photographs covered the wall.  I considered ordering a glass of wine from across the way and spending some time there and at the nearby homestead of Ms Rawlings, but time was fleeting as I had to return the company's rental car.

So I add another spot to the list, another place that I have to return to some day.  That list keeps getting longer and longer but the days keep dwindling down.  It's all part of growing up I suppose.

Posted by The City Mouse in the Country at 10:35 PM

The Yearling sounds like a great bar. But I sometimes wonder how these hole-in-the-wall places stay in business as long as they do. Regular, repeat clientele I guess.

Makes me want a brewski!