Once upon a time I worked on Saturday's but with the change of scenery comes certain perks.  Like weekends off, working day light and better pay.  Honestly Sue and I have been under each others toes for the past month or so.  I've spent the greater part of the month in classes and unsure of what my future held.

I have been doing longer rides as of late but when this Saturday rolled along we decided to spend it together and just do something different.  A food truck rally was discussed.  Going to a Rowdies game was discussed, but in the end we decided to check out a local train museum   Where as the panhandle and eastern seaboard of Florida were always well populated, the center and west coast owes a great debt to the railroads.  Frankly, without the rails, most of Florida would still be cattle land and swamps.

The Robert W. Willaford Railroad Museum is open to the public at no cost and sits in the historic downtown area of Plant City.  In all honestly it's small, but packed with train and railroad memorabilia, mostly from one private collector.    What is truly amazing to me is that nearly all of the equipment and other memorabilia, was at one time actually used on the railroads.  In other words, the caboose was not a replica, but one of only 7 left in the country and here I was climbing around in like a little boy with a big smile on my face.


I've often wondered what the caboose was like in side, and it contained everything that you would need for a comfortable trip, desks, beds, bathroom, a stove and sink.  Even a simple refrigerator.  A RV on rails.

Speaking of being on rails.  I've no idea if Honda actually made this or if it was somehow converted to a particular task. 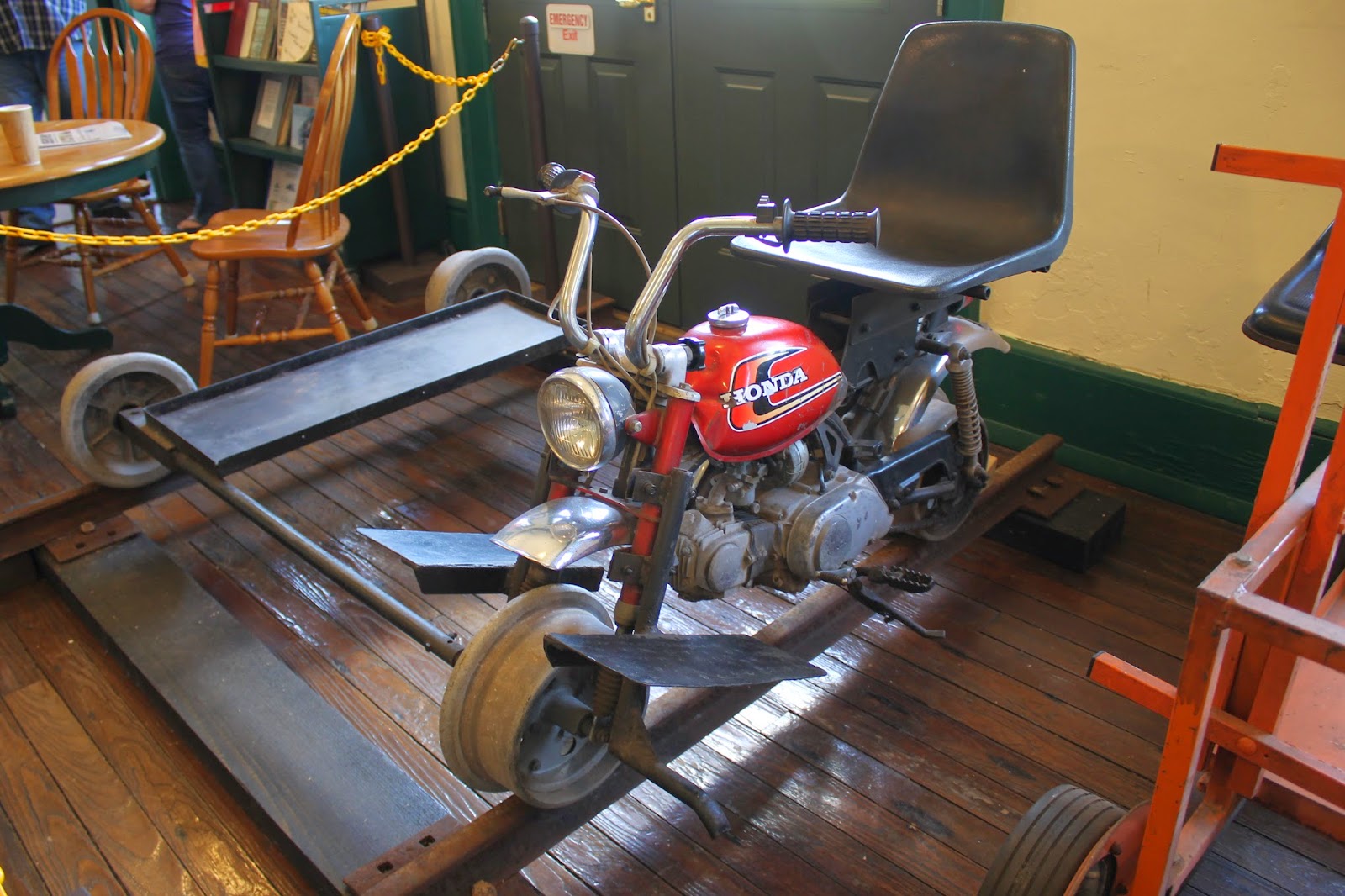 Sue and I had decided to drive up instead of taking the bike and I'm glad we did.  Summer in Florida tends to be sunny, hot and humid.  After looking over a bit more of the museum we decided to cross the street to visit the Whistle Stop Cafe, famed for their 5 cent cherry smash (or cherry syrup in seltzer).  It was surprisingly light and refreshing and the rest of the meal was just delightful.  Homemade soup and bread which left us licking the bowls and wanting more. 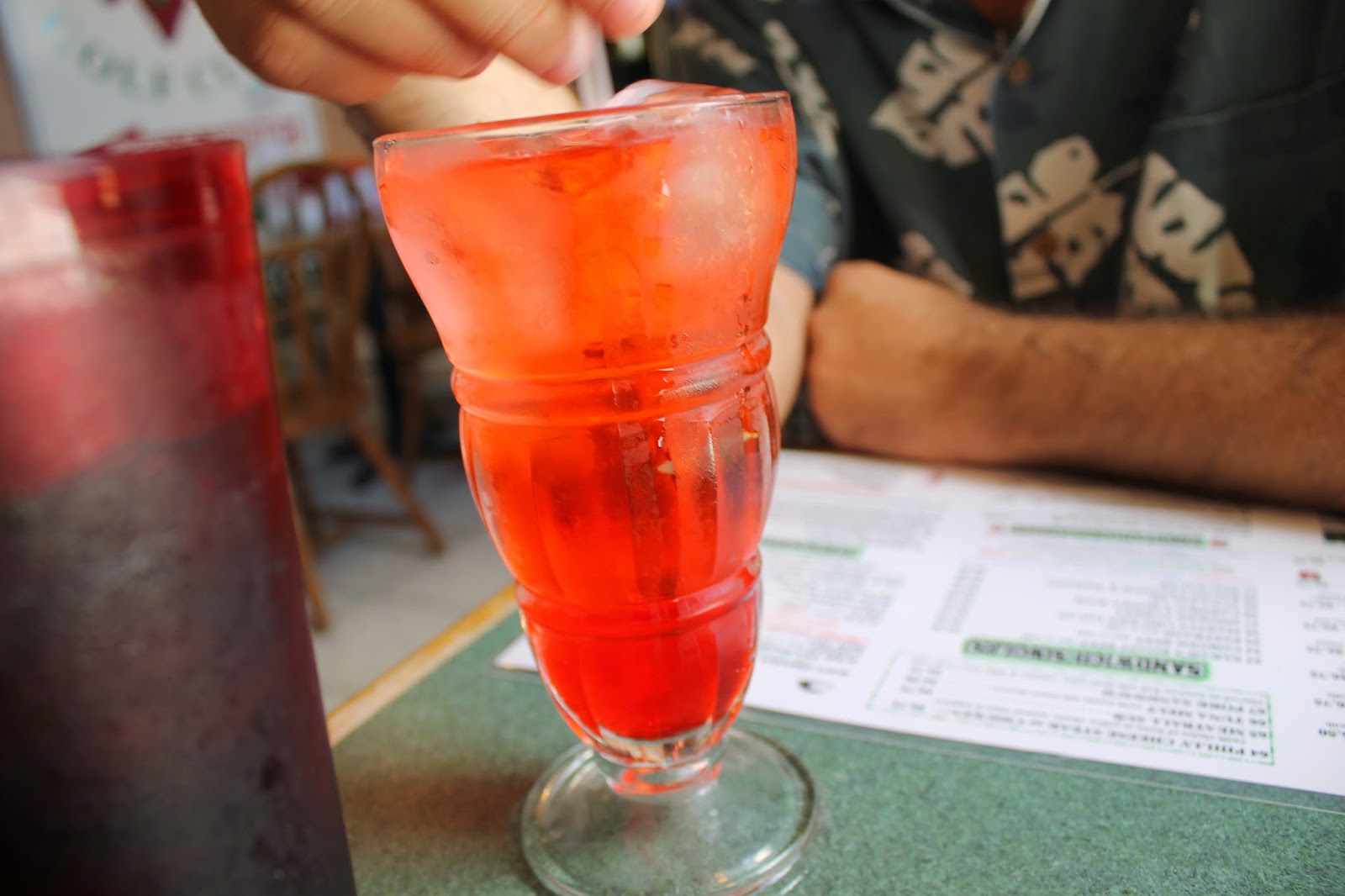 Posted by The City Mouse in the Country at 5:28 PM

What a great place. I love museums and enjoy wandering around them for hours. It is nice when you can take the car and don't feel rushed chasing daylight on two wheels.