Oh the Rowdies are....a kick in the Grass!

I'm a big fan of soccer, so when I realized that I would be able to attend the next FC Tampa Bay (better known as the Rowdies) football game I knew I was going.
(WARNING - the theme song from the late 70's is very catchy)
The problem is, of course, how to get there.   I want to take the Burgie down for several reasons.  It's a hell of a lot easier to park, better on gas, and besides...it be the longest ride (120 miles roughly round trip) I've taken yet on my new machine and that thrill of adventure is tempting.

It would involve me riding on busy freeways, at night, and I knew there would be beer involved.   Not that I would ever drink and ride, but I know damn well I would have a few at the game (soccer fans by definition enjoy beer).  Plus, it's still freaking hot in Tampa.  I know it's late September but the temperature still hovers in the mid 90's.  All these things would have to be addressed in one way or another.  Plus there is a solid chance of rain, which, logic would dictate I should take my car.

But to hell with logic!  I want to ride my scooter to the game! 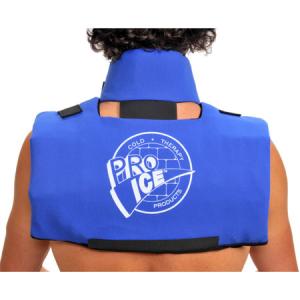 The ride itself would only take a little over an hour as it's about 55 to 60 miles from here to there which truthfully is not that bad even through I suffer from Numb Butt on my 35 mile commute every day.  My girlfriend has some sort of frozen ice pack thing that fits around her neck and shoulders that keeps the wearer very cool and would fit perfectly under my riding jacket.  So I got a route and a way to stay cool.  At night on the ride back I would not need the pack.

Sadly I can't do anything about the weather, other than hope it really doesn't rain but it it must that the storm abates quickly and I can put the rain in the rear view mirror as quickly as possible.  I really do need to invest in good rain gear.  I am however in no hurry to get home either.  I would rather be safe than sorry.

Some retro reflective tape added to the bike and helmet recently will help with the visibility at night. Safety most of the time is just good planning.


A little bit of planning and I'm all set to take the Burgie down to the game. I can just see my Ralph's Mob scarf blowing in the wind behind me as I eat up the miles to the game.