End of the year milage post - Looking back on 2015

Later on today I'll fire Kimmy up, her "change oil" light will come on (it came on earlier this week), and I'll take her for a bit of a ride.  The last of 2015. 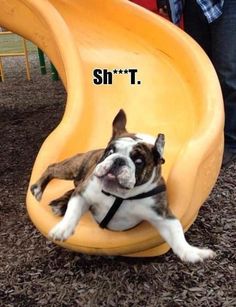 A friend of mine shared an animated GIF to his Facebook page (which for some reason I can not make work on Blogger - I tried) that shows his how his year went.  It started well, and as he progressed down the slide it got rockier, till at the very end (now shown as December) he rockets off the slide and face plants into the dirt.

It's been another year of health concerns (not so much mine but Susan's), incidents, accidents and me complaining about the heat.  A gasket that literally had to come on a slow boat from Asia didn't help matter either. Nor did various battery/electrical issues.  All these things it seemed conspired to keep me off the bike.  Or at least made me feel like I didn't ride the way I have in the past.

Even though it's the last day of December the weather outside is gorgeous.  We're predicted to have a high of 84 degrees today (29 C) with only a 20% of rain, weather I know many of my fellow bloggers would die for.  I really don't feel like riding  We have had weather like that since the start of December, yet my Kimmie has sat, lonesome in her spot in my driveway.  This has had more to do with me not wanting to ride or being willing to ride than anything.

Earlier in the year I considered trading her in, thinking that starting a new relationship with a new bike would break me out of my malaise.  Or selling her altogether.  In the end though, I've formed a special little relationship with my Kimmie and letting her go would be like losing a part of who I am. 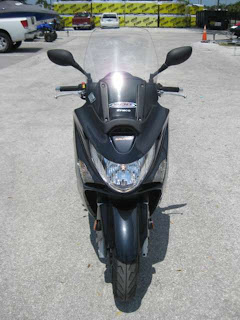 As I look back over the last year I know that I did a bit more than I thought I did.   I drove up to Brooksville and wanted to explore there a little more (another trip soon I think, this time on Kimmie).  I went exploring in Ybor, one of my favorite neighborhoods in Tampa.  I got to ride through the very heart of central Florida.  I even got to see a tiny house.  I even visited a legendary store in the Daytona area too.

Sadly however, not all these adventures were in the saddle.  Still though, they were adventures.

Kimmie and I are not done yet, we still have roads to ride and sights to see, but I need to stop being the "whiny little bitch" that I've become over the last year.  There is great potential in the coming year...and I have to take advantage of that potential.

In a bit I'll ride for an hour, maybe two.   Another fifty miles or so will be added to her speedometer.  I don't see me putting any milage on that to her.  I'll come back in and duly edit to post, so I can have a record for the coming year.

Happy New Year then to all my friends and family.   Be safe, be well and be happy.
Posted by The City Mouse in the Country at 9:06 AM

All the best to you and your loved ones, Robert. Make it a Happy New Year!

Happy New Year to you and Susan. I hope 2016 is a better year health-wise and for riding.

Every New Year is a chance to do something new. A beginning. A clean slat. A cresting of a hill where we can look ahead a plot the course to get to where we’re going. Looking back is a chance for reflection, and to learn from the experiences, but we don’t travel in the direction we see in the rear view mirror.

It’s forward. Mile after mile. The miles make us better riders because w survive them -- bumps, rattles and all.